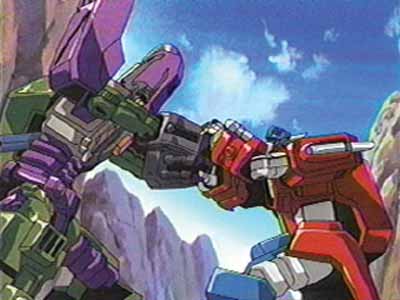 “By the power of Grayskull.” “Transformers roll out.” I bet you are asking yourself what is going on here. If you watched cartoons as a child, then you know exactly what is going on. For those who lived under a rock, these are quotes from two of the greatest cartoon shows of all time, He-Man and Transformers. Your next question has to be, what does this have to do with anything now. The answer to that is simple, both shows are back, and better than ever.

The original versions of He-Man and Transformers were great in their own right, but the redone versions are even better. Both are done in a more modern anime style, and look absolutely gorgeous.

The better of the two remakes is He-Man. They stick pretty much to the original story line. A plus to the series is that the gang is all here, He-Man and his friends and Skeletor with all the baddies. The new show actually goes a little farther back in the story line. In this we get to see how Skeletor’s face came to look as it does.

Although the new show is only two episodes old, it is still awesome. We will just have to wait and see the other 23 episodes before the final judgment is made.

As for the remake of Transformers, apprehension is there. This is probably the twentieth time it has been remade. But so far so good. The one problem with this is they go off the story line a little bit. This is no big deal, but it would be nice to stick to the original storyline.

The ability to return to your childhood is awesome. The nostalgia factor is the best part about watching old movies, T.V. shows and cartoons.

He-Man and the Masters of the Universe airs on Cartoon Network on Fridays at 6 p.m., and Transformers Armada airs the same day at 6:30 p.m. Cartoon Network has given us another chance to take a trip down memory lane, enjoy.