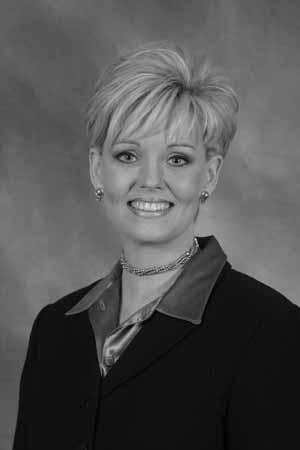 Every night on Cincinnati’s channel 19 News, you will find Tricia Macke. Macke attended NKU and earned a degree in Communications, Radio/Television/Film with a minor in Public Relations and Journalism. She graduated from NKU in 1992. The road for Macke was not always an easy road. She earned her spot on Channel 19 News through hard work and dedication to something that she knew she wanted since she was about 8 years old. Macke said she watched on television the Beverly Hills Super Club fire in which some of her parent’s friends were killed in the fire. She said she wanted to be the person who asked all the questions when the news events happened. Adding in that her other choice career being the first female Harlem Globetrotter fell through. Macke did not just walk into her career in Cincinnati. Before she landed her job as a news anchor she worked many internships, late nights and full hectic days. While in college, Macke had several internships, her first was Storer Cable in Covington then onto WLW Radio and WCKY radio. Her internships at WCKY radio turned into her first paid job. All at the same time, she was a producer, board-op and anchored the midday newscast at the WCKY from 5:30 a.m. to noon, then worked at Fox 19 from 1:30 p.m. to midnight. Macke had this schedule five to seven days a week, every week, until Fox 19 hired her full time on a “sweet” day, February 14, 1994. Since being hired by Fox 19, Macke has done about every on-air shift, being a reporter, weekend anchor, morning show host and now the main anchor of 10 p.m. news. Just recently Macke signed another multi-year contract at Fox 19. She wants to stay in Cincinnati because her family lives here and they are really important to her. Macke is a mother of two.

Q: What advice would you give someone graduating?

A: My advice would be don’t give up. It’s tough getting started in your profession. Everybody works long hours for low pay in the beginning. Everyone faces rejection in their line of work at some point. Just get your foot in the door, then work hard and prove to everybody that you can do it. Put your mind to it, do it and don’t look back.

Q: What was your favorite thing about NKU?

A: The best thing about NKU was the cost. Because I was working my way through college, I didn’t have many choices. NKU offered a very affordable education that was close to home.

Q: What advice did you receive from a teacher or advisor that has stuck with you?

A: The advice that has stuck with me isn’t very flattering. I was told, along with everyone else in one of my classes, that there was no way I was going to start my career in Cincinnati. The teacher said the market was too big. I proved that teacher wrong, I’m happy to say.

Q: If you had a choice, would you rather get up for work or be at school?

A: I love my job. Everyday is a challenge and I learn something new all the time. I actually look forward to coming to work, how many people can say that about their profession?

Q: What was the hardest thing to adjust to in your career?

A: Public scrutiny is the toughest thing to adjust to. I did some modeling while I was in college and I got used to being picked apart. I always considered myself thick skinned, which has come in handy in this profession. Someone always has an opinion on my hair, lipstick, outfit, necklace. . . you name it. But I must admit 99 percent of the feedback I receive is positive. Still, it’s tough to hear the unflattering things.

Q: Did your grades have any effect on getting your job?

A: My grades really did not factor into my career at all. I believe that hard work and a lot of long hours got me to where I am today.

Q: Honestly, how much did you study?

A: When I first started out in college, I studied pretty hard. When I realized I wouldn’t be penalized for not showing up for certain classes, I would slack off from time to time. I got so-so grades in my first two years, but I really studied hard the last two years in my major and minor. I really enjoyed most of the RTF classes, believe it or not.

Q: Do you think that NKU prepared you for the “real world?”

A: NKU helped prepare me book wise. But I learned what I needed to know about my career during my internships and through actually having a job.

Q: What advice would you give someone considering your chosen career?

A: Call someone in your chosen profession that you idolize and ask them if you can spend the day with them at work. If you like what they do, ask if you can come back the next day. If you still like it, do an internship at that place of employment and get a feel for what the job is all about. Then, once you get a real taste of it, motivate yourself to be the best you can be. . . and excel at it.

Q: Did you have a favorite place on campus?

A: Whenever I had some time in between classes, I like to study in the foyer of Steely Library. Even though most days the warm sun beating down on me through the roof would cause me to doze off.

Q: Do you participate in NKU’s alumni activities? Why or why not?

A: I am on the alumni council. I try to do as much for NKU as possible, but my schedule is quite hectic. I am on call 24 hours a day and seven days a week. So, I don’t have a lot of time for alumni activities.

Q: What is the best thing about your job?

A: The best thing about my job is the access. I have been allowed access to Presidents and first ladies. I have traveled to Bosnia, Germany, Israel, covered the O.J. Simpson trial, John Glenn blasting off to space and interviewed countless movie stars. But, I also have the power to make people think. I can report a story that may make someone change their mind on an issue. Or maybe after hearing my story, they will think twice before acting on an impulse.

Q: In one sentence describe what you think of NKU?

A: What comes to mind when I think of NKU. . .hmmm. . . exams, no sleep, exams, no sleep. In all honestly, I think that NKU is a well-kept secret. It’s affordable, close to home it kick started my career.