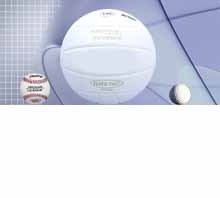 It’s difficult to find out what happens on the NKU campus during the summer because our campus newspaper The Northerner, has been put to rest until the second week of classes in the fall. Many noteworthy news items occur during the break especially in the genre of sports. This year was no exception. In fact, you might say that there were some historical firsts created by our teams, coaches and players. The following calendar highlights the most significant events.

One of the most outstanding contributions to the NKU Athletic Department was that of Kim Keyer-Scott. Here we have a 34-year-old mother who was named the National Golf player of the year as a freshman in addition to being chosen as a first team All-American in golf.

The baseball team winning their first ever Great Lakes Valley Conference tournament championship was quite another coup also. If it had not been for one bad game during the regional baseball tournament in Ohio, the Norse would have headed for the finals in Alabama.

So come out and support the Norse. We have quite a few excellent teams and this offers a little diversity here at NKU.

May 9 Todd Asalon named GLVC Baseball Coach of the Year