Philosopher’s Stone: a lot of goods 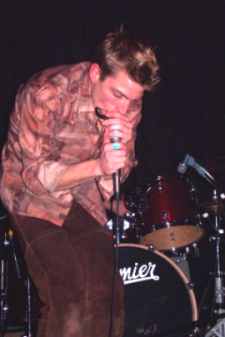 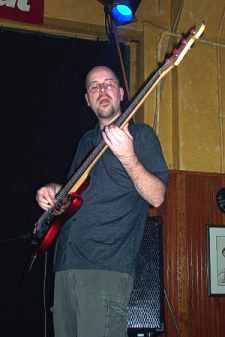 “The Goods and the Ills” blew my mind. The music flows with your brain, not against it. You turn it on and suddenly it’s like you are somewhere else. You are on your private balcony on a cruise ship. You lean back relaxing, looking across the blue sea as the sun slowly rises. This is the place Philosopher’s Stone’s the Goods and the Ills transported me to. I was no longer having a hectic day but all my problems somehow slowly melted away.

The men behind the music want to remain just that, behind the music. They want their music to be just about the music and not some fake glorified MTV image. The band consists of three guys from Northern Kentucky. Brad Denham sings, plays guitar, and is known to even bust out a harmonica. Joe Alig provides the bands hypnotic beats and Chris Laile keeps the music flowing on bass. None of them knew each other before forming Philosopher’s Stone. Two of the members attended Northern Kentucky University. Don’t let the idea of them being a local band fool you. Their sound definitely has national appeal.

“The Goods and The Ills” is truly amazing. I’ve never owned a cd where I could think so clearly. Yet this is not book reading music this is Indie rock, just the smoother side.

Each song seemed to have a mesmerizing effect on my brain. The first track was just instrumental like a lot of bands have been trying lately. The second track though is where the good starts taking over. The second track is called “Soliloquy” and is truly one of the highlights on the album. Surprising that a song named Soliloquy says so much. Track 4 “Infinity” comes as a shock to the smooth flow. It hits you hard at first but in a good way. You will quickly find yourself singing along. Too bad it’s followed by the only song on the album I continually skip “Light of Day”. It’s not really a song but a poem. It almost seems to be an intro to the next song but if it is it goes on a little too long. Luckily the rest of the cd makes you forgot all about it. Track 9 “Feels so good” would make one forget anything. Not to be corny but the song makes you feel just like the title suggests. The songs are so addictive you might find it hard to think without them.

This cd’s Ills are far outweighed by the goods. Before you know it the 12 song 50 minutes cd has played through. So next time you are having a hectic day I recommend putting the Goods and Ills on repeat and let Philosopher’s stone do the rest.

Philosopher’s Stone’s first cd the Goods and the Ills was released on March 16. It can be found at several local outlets or can be ordered off of their website www.pstone.net. On their website you can also check out tour dates or converse with the band.

May 25th (Saturday) 9:00PM at Barrel House Brewery (Downtown – Cincinnati) With “Only Everything”