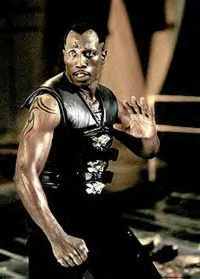 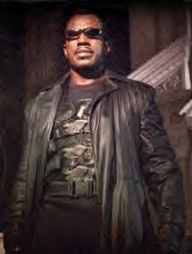 I went into the movie with a positive attitude. The first “Blade” had been an action-packed, original take on the vampire scene, portraying the new generation of vampires as a club going underworld, just out to have a good time and take over the world. Blade served a worthy adversary. He stopped their immediate attempt, but in the process lost his partner who was bitten by a vampire. He killed himself to avoid becoming one himself.

In “Blade II” Blade’s grumpy old partner is back, but does his loyalty to the same cause return with his character? “Blade II” does feature another original vampire plot involving a mutated, new breed of vampire that thirsts for both human and vampire blood. The special effects are excellent and the gore level is high. There are some decent plot twists that most moviegoers couldn’t pinpoint.

Unfortunately, it seems that since the release of “The Matrix” and “Crouching Tiger, Hidden Dragon,” fight scenes in high-budget, weaker plot movies will be forever changed. I was disappointed to see the overused, sped-up fight sequence used in every fight scene in the movie. And since when do most vampires know martial arts anyway?

Overall, the film was just overdone; a film meant to impress the eyes, but falling short of impacting the mind. “Blade II” was fairly entertaining to watch, but it soon became tiring. I would suggest seeing it at the cheap seats in a couple weeks. I’m pretty sure it will be there by then.