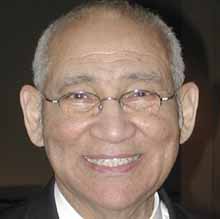 Northern Kentucky University tops Harvard, Yale, Princeton and Brown in at least one academic category- black faculty. At NKU, 4.4 percent of the full-time professors are black, while the four Ivy League schools have only 3.7 percent or less black faculty members, according to statistics released in the winter issue of the Journal of Blacks in Higher Education, which ranked the top 27 academic universities according to percentage of black faculty.

While NKU wasn’t counted as a top academic university in the survey, it would have tied for fourth with the University of North Carolina-Chapel Hill had it been considered. Columbia University came in first with 7.2 percent of its faculty being black.

Even though the journal reported the national average of black faculty at 4.9 percent, managing editor Bruce Slater said if black colleges are excluded from the figure, NKU has done quite well in comparison to most universities across the country in hiring black faculty.

One of the main challenges in hiring black people at colleges is competition with industry, especially in the sciences, Slater said.

“Many people, both black and white, who earn Ph.D.s in engineering and the sciences are offered far more money by corporations than they would earn as junior faculty members,” Slater said. “Since there are so few blacks earning Ph.D.s in these fields, and the fact that corporations, too, seek qualified blacks in these fields to fill their own affirmative action goals, that this is indeed one reason why there are so few blacks teaching.”

Retaining black professors also contributes to the low numbers, said Dr. Edwin Nichols, a clinical/industrial psychologist who travels the country conducting workshops in how to increase diversity in the workplace. Since there are so few black professors, Nichols said black professors have to compensate for the small numbers and carry the load of minority issues. This makes getting tenured harder for blacks.

“Any time a black problem comes up at a college, they are put on a committee to handle it,” Nichols said. “They have to handle all the minority issues and get burdened down because of it.”

Nichols argued that this added responsibility makes it harder for black professors to carry out research and projects that get them tenured.

Of the 21 black professors, NKU has worked hard at recruiting and retaining black faculty, said Dr. Gail Wells, dean of arts ‘ sciences. In the College of Arts ‘ Sciences, there are 7 black faculty, comprising 2.7 percent of the total faculty in the college. Wells said it is important to have a diverse faculty to give a more well-rounded education. Searching for black faculty can be tough, Wells said, and agreed there is a lot of competition for young blacks with Ph.D.s, not just with industry, but with other universities. Since NKU cannot compete with many colleges in offering a competitive salary, Wells said the University needs to make the atmosphere more inviting to black instructors.

“We need to make this a place that is friendly and conducive to minority faculty,” Wells said. “African-American faculty-they are in high demand, and so they have many options.”

While the market for black faculty is tight, Slater said that saying there are not enough black faculty is not an excuse. “It is a competitive environment, and universities have to be committed from top to bottom to increasing racial diversity in order to make it happen,” Slater said.

The College of Arts ‘ Sciences keeps NKU competitive by bettering the environment to attract black professors and professors of other ethnic groups, Wells said. She said one of the ways this is done is by promoting the African American studies program, which was started at NKU in 1985 by the current director, Dr. Michael Washington. Washington said the last five years have seen the African-American studies program grow much faster. It is now currently offered as a minor with four main courses in the curriculum and numerous electives. Within another five years, Washington predicts the discipline will be offered as a major.

One of the African-American studies program’s biggest contributions to the campus climate is hiring professors who start academic projects centered around the black experience to help broaden the University’s appeal, Washington said. Washington gave the example of Dr. Prince Brown who started the Institute for Freedom Studies, which researches the history of American slavery and its affect on America.

“If we can use this as a way to recruit African Americans, it helps everyone,” Brown said. “You have a better university to where all students benefit mutually.”

In a workshop he conducted at NKU last week, Nichols also explained that to make the campus more diverse, the teachers must be culturally competent. Nichols spoke to several teachers to change the curriculum in their courses to make it appeal to a wider audience. Nichols used the example of teaching the story of the fall of the Alamo from the Mexican perspective.

Nichols said it is very important to have a diverse faculty teaching different perspectives. “If you are a white student and never had a competent black teacher, you’re not culturally competent,” Nichols said, “and this contributes to racist attitudes.”