Man who brought diversity to NKU to resign 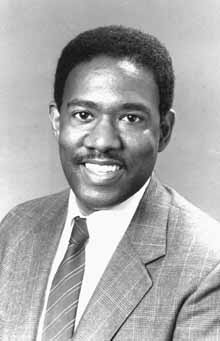 The man who brought many credit for bringing diversity on campus and boosting enrollment announced at the end of last month he will leave Northern Kentucky University.

In an e-mail, Dr. Gregory Stewart, Associate Vice President of Enrollment Management, announced his resignation will be effective July 28. Stewart cited personal reasons for his departure.

Stewart served as the head of enrollment for three years, and in that brief time, the enrollment increased by 777 students, three times the increase that occurred between 1991 and 1999.

The African-American student population at NKU rose dramatically, reaching 400 students in 2000 and then 500 students in the Fall 2001.

That rise almost equals the total recruitment of African Americans in the entire decade of the 1990s, which rose from 173 students in 1991 to 387 students in 1999.

Junior Stephanie Nelson, who worked in the office of Admissions for three years, said she has noticed a rise in the number of African-Americans on campus since she first came here, and she credits Stewart’s personality with aiding to attract more people.

“He is kind and gets a lot of people here to NKU because he is kind,” she said. “He is almost too kind and could stand to be a little meaner.”

Stewart helped bring more students on campus by introducing NKU to people who might never have been been before, said Melissa Gorbandt, associate director of admissions.

Dr. Stewart headed up programs like Project Aspire, which brings minority fifth through tenth grade students on campus to introduce them to college life, and pushed for a more aggressive marketing campaign. Last year, the university spent $350,000 in advertising.

“He has helped tell the story of NKU,” Gorbandt said. “He has found different avenues to get people to come to NKU.”

“I was shocked,” she said. “It took the admission office by surprise.”

Gorbandt said what made Stewart so effective was his ability to handle a lot of information. She said his job entails a lot of numbers.

“The amount of information he can organize is amazing,” Gorbandt said. “He likes data a lot.”

Nelson said, however, while the number of African-Americans on campus has risen, she has noticed many African-Americans who have left NKU, and said there needs to be more people in the administration to help retain students.

“Even though there are more African-Americans, they leave faster,” Nelson said.

Retention levels among the general student population, however, have risen during his tenure from 63 percent to 65 percent.

One of Stewart’s biggest initiatives was the Invest in Success program, which generated $1.2 million in new funding for programs like Academic Advising that are designed to retain students.

Stewart also made an effort to make students of different cultures feel welcomed, said Melissa Alvarez, a freshman who is the president of the Latino Student Union, which formed in Sept. 2001 at the encouragement of Stewart.

“He is a great guy. He really supported us and gave me a pat on the back,” Alvarez said. “He was a big influence for us to exist.”

“I wanted to look for something I could get involved in,” Alvarez said. “You want to have a Latino organization since they are the second largest minority.”

Stewart said he can’t take credit for all the work, and it was the result of teamwork that helped get things accomplished.

“There is a great team of people here,” Stewart said. “There is a lot of talent.”

Stewart started out his career at NKU in 1989 as director of admissions and then left in 1994 to be the director of admissions for the University of Akron. He returned in 1999 to the newly created position of associate vice president for enrollment management. This position brought for the first time many different organizations together, like the Office of First-Year Programs and the Office of African-American Student Affairs and Ethnic Services, which feel under the authority of Stewart.

NKU President James Votruba said the parting with Stewart is an amicable one. He said his presence will be greatly missed, but he has left a lot of hope for the future.

“He has left us in far better shape than when he arrived,” Votruba said.