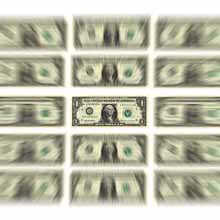 Where, oh where is the state money for Northern Kentucky University? That’s the question being asked as administrators get ready to bump up tuition for the 2002 academic year.

NKU receives the least amount of state funding of all the universities in the state.

Even with benchmark funding, which provided NKU with the largest percentage increase of any Kentucky university, it still lags behind. Recent figures provided by Gerald Hunter, associate vice president for financial planning and institutional research, show NKU is underfunded by $21.6 million a year.

What that means in dollars and cents is for every dollar paid by NKU students in tuition and fees, the state matches it with 97 cents.

Other universities in the state receive anywhere from $1.51 to $2.74 for every student dollar spent on tuition and fees.

“There is no reason why NKU students should be so disadvantaged relative to their peers,” Votruba said in the address.

The problem with underfunding didn’t arise overnight. According to Hunter, underfunding is a result of three variables. The first is NKU’s roots as a community college.

Formulas for funding gave more money to baccalaureate, graduate and doctoral degree colleges. As NKU grew into a university, funding did not keep up, mainly because of state budget restrictions and the politics of the state.

“When we were growing, the state didn’t have the resources to invest in higher education,” Hunter said.

Unfunded growth became the second reason for underfunding. NKU had an explosive growth during a period of limited funding, Hunter explained.

“The demand was here,” said Hunter. “We had students coming in saying we want to attend and we’re open admissions. Then boom! No state support.”

Politics played in as the third reason for underfunding.

“Institutions went down separately instead of as a system,” Hunter said. “Whose the best funded is who has had the most influence in the legislature.”

Because of a lack of strong political clout in Frankfort, NKU was unable to secure the funding that older universities in the state with stronger political ties could achieve.

“We’re the youngest institution,” said Votruba. “Our caucus was probably the least powerful.”

Plans to lobby the legislature are in the works. Dr. Robin Crigler, executive assistant to the president , said in January the plan is to have the board of Regents meeting in Frankfort.

NKU’s Team 2000 and other students will go to stop by caucus and leadership offices.

A reception will be given at the end of the day for students to talk with members of the general assembly and cabinet to let them know how the underfunding affects them as students.

Hunter sees benchmark funding as the key to resolving the underfunding dilemma.

“We’re now getting to a point where we’ve identified this benchmarking process,” said Hunter. “We’ve established this very aggressive higher education agenda and have a governor who understands the connection between higher education and economic development.”