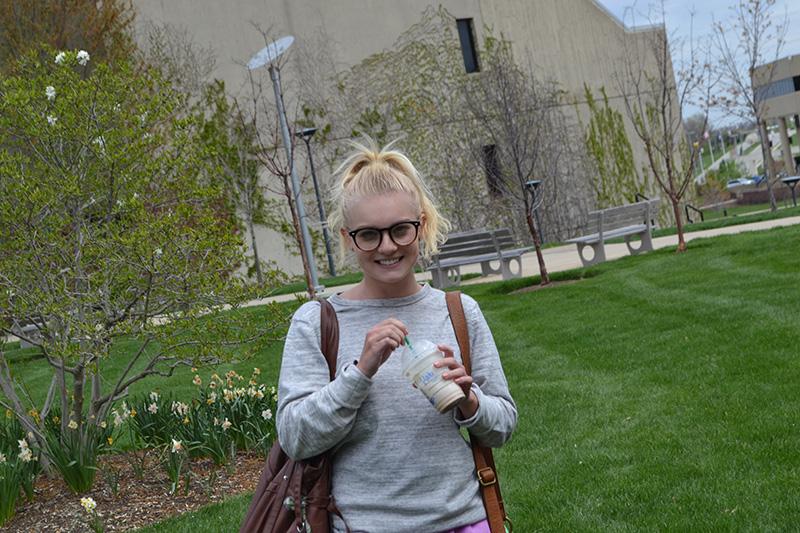 Science and religion have been a binary opposition since the scientific inquiry took over as our central method for discovering new information.

Junior anthropology major, Katie Ragland found the link between the two this semester through an independent study.

“Divination is a means by which to gather information about the seemingly unknown future through a series of ritualized and defined methods,” Ragland said. “I wanted to unify two outwardly unrelated disciplines with hope to make people question how they define their culture.”

It was after her professor gave her class the opportunity in the fall to take part in an independent study that she decided she would pursue this idea of unifying science and religion.

Last week Ragland went to St. Paul, Minnesota to the Central States Anthropological Society conference to present her paper to a group of professors, doctors and graduate students.

She was one of few undergrads who were on the panel at the conference.

“It was cool, you get to experience all of these things in an environment with people who are at a higher level of education and have so much more experience than any undergrad could possibly have,” Ragland said. “I used to always be scared of people with PhD’s. But I realized that we’re all just people.”

Ragland never set out to seek awards or to be celebrated.

“I always describe myself as the worker ant rather than the queen bee,” Ragland said. “I would rather get paid to go dig in the ground for 7 months and never present on it.”

This summer Ragland is going to Belize and Fiji as part of two separate research teams studying ethnoarchaeology, which is the ethnographic study of peoples for archaeological reasons usually through the study of the material remains of a society,  with NKU professor Sharyn Jones.