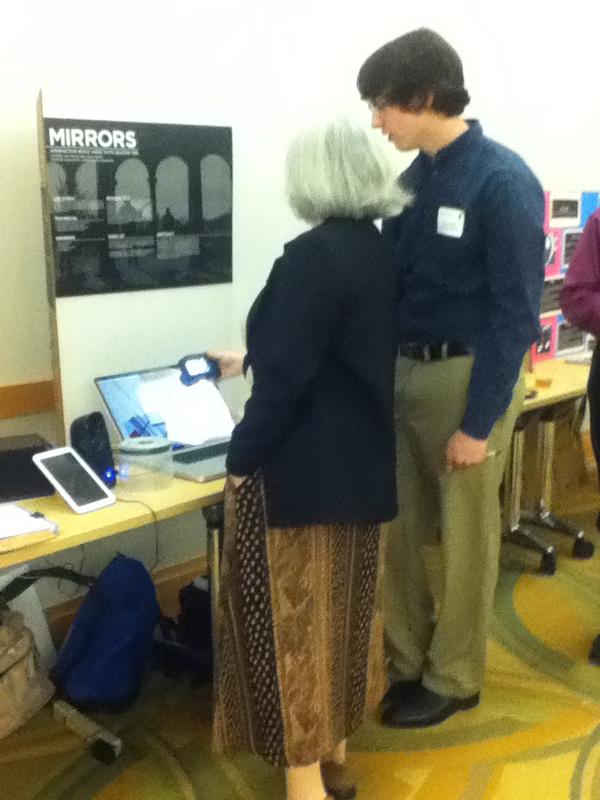 Alex Murphy-White uses his personal love of music to create an interactive music video for his independent study project.

“I basically wanted to do something different and my band Season Ten is coming out with an EP soon so I wanted to make a music video and make it interactive somehow,” Murphy-White said.

As a Media Informatics and Graphic Design double major in his fourth year of college; Alex has experience with computers and design, but his mentor Sookyoug Cho helped him with the more technical side to creating his interactive music video.

Murphy-White received inspiration for his interactive music video by looking at the more famous bands who have their own interactive videos such as Arcade Fire and Bob Dylan.

The most difficult thing Murphy-White experienced while creating this project was getting the interactivity to work.

“There were a lot of glitches throughout, somethings would work right, but then other things wouldn’t,” Murphy-White said. “So getting it all to work together was the most difficult part of this project.”