Benefits of using popular music in the high school classroom 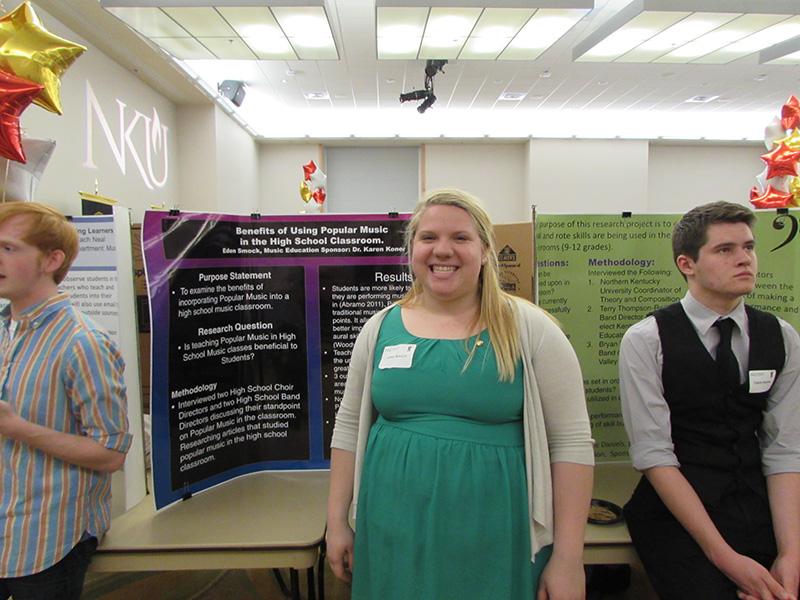 Eden Smock, a sophomore music education major studied the prevalence and benefits of using popular music as a teaching tool in her NKU Celebration display titled ‘Benefits of Using Popular Music in the High School Classroom.’

“Teaching both styles connects the familiar to the unfamiliar, and popular music can be a great way to introduce classical literature,” she said.

She said it was particularly effective for students without a musical background.

“Students are going to be much more excited about singing a Katy Perry song or a song from Pitch Perfect than they are about singing some traditional song,” Smock said. “It’s also great for recruiting.”

According to Smock, students are much more likely to get involved in music classes or clubs if they hear them performing music that they enjoy and are used to hearing.

Smock concluded that adding popular music to the music curriculum was beneficial and effective.