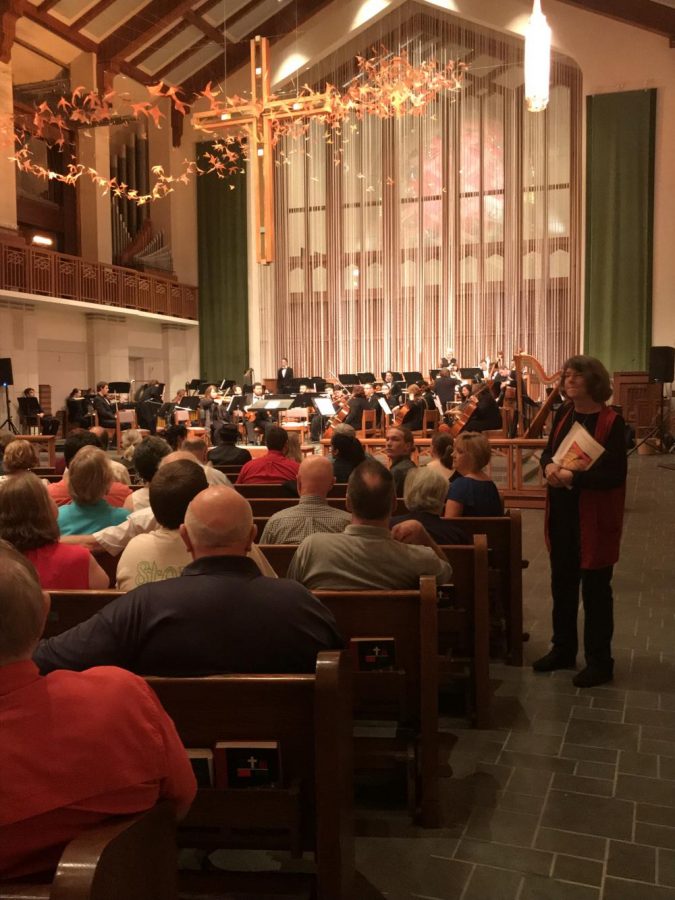 A celebration of Indigenous Peoples’ Day was hosted at the Christ Church Cathedral in Cincinnati last weekend.

Though many recognize Oct. 9 as Columbus Day, a growing number are beginning to celebrate a new holiday in its place: Indigenous Peoples’ Day. The Native American Ministry Council did just that, leading a weekend from Oct. 6-8 hosted by the Christ Church Cathedral in Cincinnati.

“There were Native American soaps and different bowls that they had made and it was interesting to see the multitude of artwork they had there,” Lydia Wira, a freshman at NKU said. “Not just the music, but just everything about their culture. Again, the soaps, the beadery, they had hairpieces. It was just really cool.”

Wira is a part of the NKU Philharmonic Orchestra and was there for their performance; she said she was excited to take advantage of the event and view the cultural art that was presented.

An exhibit catered toward artists from the Midwest showcased Native American Art and Artifacts; wampum collars were aligned on a table, backdropped by Native American banners displayed stretched along the wall; it’s a statement of pride for their culture and spirituality.

After walking through the art exhibit, a concert was performed by the NKU Philharmonic Orchestra and Native American flute soloist R. Carlos Nakai. The director of the orchestra, Dr. Amy Gillingham, has been preparing students for the show since the start of the semester.

She is in her first year as an assistant professor of STRINGS, a national program with the goal of getting more students on stringed instruments. This event, she explains, was a learning experience for both her and her performers and an amazing opportunity was given when working with Nakai.

“The name of the concert was ‘Worlds Align’ so it’s all about different perspectives and views on the concept of world,” Gillingham said. “So one piece by Dvořák is about his perspective on a new world and another piece is called ‘World Music’ and it’s really this view of the world as far as a future world that could be a better place and a more unified place through music.”

Proceeds from the concert go to the NKU Philharmonic’s 2018 Ireland Tour. They will be posting more information but you can still donate via nku.edu/orchestra.

On Oct. 7 from 10 a.m.-3 p.m. more art was put on display, joined by music by Nakai the flautist–who had just performed with NKU’s Philharmonic Orchestra–Robert Two Bulls, who is the missioner of the Department of Indian Work and Multicultural Ministries for the Episcopal Church in Minnesota, and Mark Banks and the Southern Singers Drum who are a inter-tribal collection group of drummers, singers, and dancers.

Chris Gratsch, a senior at NKU and a member of the NKU Philharmonic Orchestra, was in attendance on Friday, Oct. 6. Before his performance, he walked through the art exhibit. Although he did not attend the rest of the weekend this evening alone piqued his interest in understanding the culture further.

“It was really amazing to experience all of this Native American culture in the heart of downtown Cincinnati that you don’t typically see,” Gratsch said. “There is so much amazing art happening around you, especially if you’re on NKU’s campus”