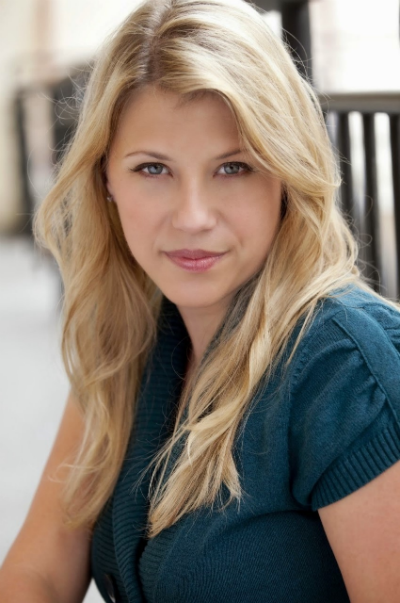 Jodie Sweetin spoke on campus Tuesday night and shared her story of addiction.

Jodie Sweetin shares her battle with addiction on college campuses for a reason.

Sweetin, the child star who played Stephanie Tanner from hit show “Full House,” said she struggled the most with addiction when she was in college.

Now Sweetin shares her story on college campuses around the country. Sweetin spoke in  Greaves Hall Tuesday night, filling nearly 650 seats with a number of community members in attendance. In addition to drawing hundreds, NKU’s Activities Programming Board (APB) partnered with NKY Hates Heroin, and $800 raised from non-student ticket sales was donated to the organization.

Sweetin said her story is one she wants students to hear.

“I think it’s something that a lot of them either relate to personally or know someone that’s struggling with it,” Sweetin said. “I think being able to talk about it identifies it a little bit more.”

Sweetin said she began drinking alcohol and abusing drugs sometime between ages 13 and 14. After “Full House” ended, she said she felt like she was an outsider in school and life.

Sweetin tells her story now to motivate people who are struggling to ask for help and to let them know that they are not alone.

“I know for a fact that I would have struggled with addiction regardless of whether I grew up on television or not. It started with alcohol at a very young age, but my story is one of being able to find your way back and of hope,” Sweetin said.

Sweetin said she has been going across the country to different campuses to share her story in hopes that this will encourage people to share their own as well.

“All of the events I have been doing for schools have been going really well and I enjoy it,” Sweetin said. “I love coming out to the colleges and I love getting to speak to the students and share my story.”

Ashley Allen, APB member and organizational leadership major, said Sweetin visiting other universities and telling her story is a great way for people to see a different perspective and to be educated on issues like drug abuse and alcoholism.

“It’s really important for celebrities like Jodie to come to campuses,” Allen said. “With APB partnering with NKY Hates Heroin, it gives awareness to certain things like this…[it] allows them to see a different perspective.” Allen said.

Emily Brunson, a psychology major, decided to come to the event to hear Sweetin’s story and learn about someone who is in the spotlight.

Brunson said she likes the idea of celebrities coming to campus because she feels it’s a way for students to understand that they are real people, too.

“…They suffer from their own issues whether it’s substance abuse, or depression, or anxiety, and it gives us perspective that we’re not the only ones who suffer from those kinds of illnesses,” Brunson said.

Sweetin said she wishes she would have used the surplus of resources colleges have to offer while she was battling addiction and that it’s important for students to know there is help.

Brunson said it is important for students to hear someone speak about important issues that are often not talked about.

“Going to these kinds of events is important, not only to support the great organization that all the proceeds are going to, but also just to support our community,” Brunson said. “NKU is one big community, and we’re here to help each other, and having her come in and speak just brings our community together.”

Sweetin said she wants people to be able to tell their story as she has done with hers.