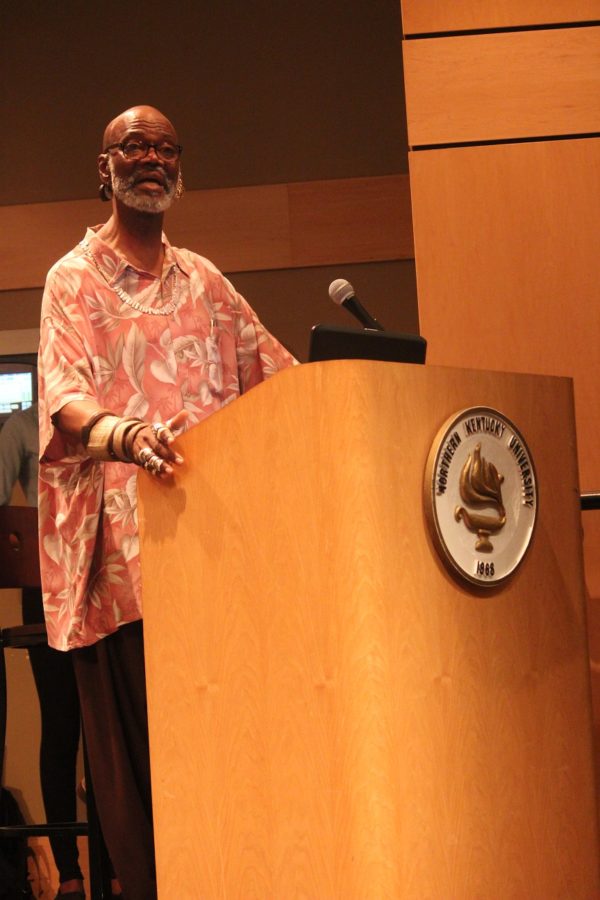 NKU R.O.C.K.S freshmen stand in applause having made it through their first year of college on April 26.

Awards were given to freshmen in the program with outstanding academic achievement in the 2015-2016 term.

Gold, black and white awards were given to students with GPAs ranging from a 4.0 to a 3.0.

Yewineshet “Mimi” Geberegeorgis, Coordinator of AAP&S gives words of encouragement to freshman for the rest of their college career.

This is Geberegeorgis last year with AAP&S.

“They are in good hands, I feel like I have done the most I can do to help them grow into their collegiate self,” said Geberegeorgis.

A poem selection and speech was given by Professor Daryl Harris to freshmen students on their achievement.

Tracy Stokes, Director of AAP&S announces the 2016-2017 R.O.C.K.S Mentors and congratulates them on their new leadership role at NKU.

Small refreshments of cake and tea were served at the closing of the ceremony.