Hats off for Dance ’16 after multiple mishaps 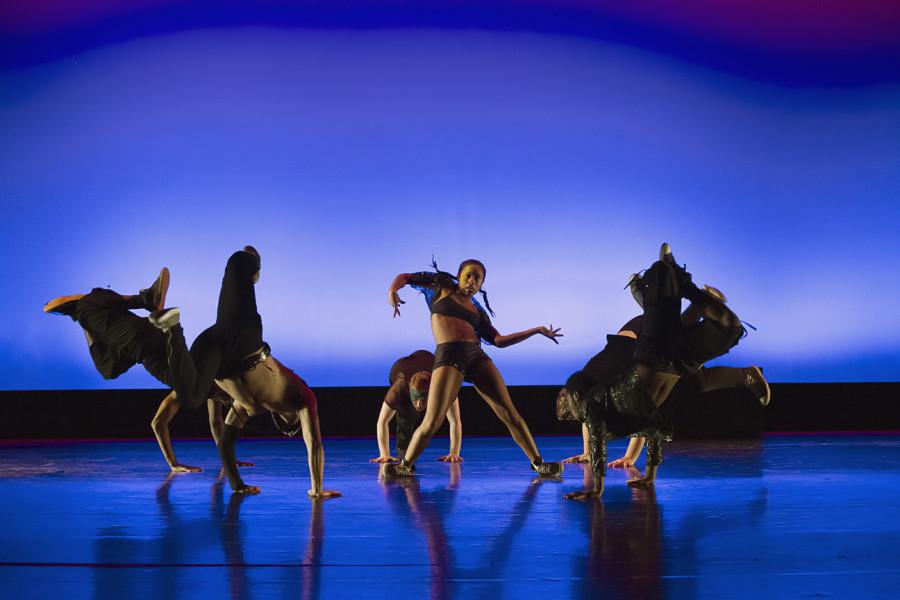 NKU’s theater and dance department brought many dance styles, ranging from tap to contemporary, to the packed Corbett Theater on Friday night.

Tracey Bonner stepped onto the stage to tell the audience that they were having technical difficulties and to speak about the performance as well as the theater and dance department.

After two numbers, the show took another halt after miscommunications resulting from the technical issues.

However, Dance ’16 was quickly back up and running with “A Divided Mind,” senior BFA dance candidate, Maria Broderick’s piece, that set itself apart from the other pieces by featuring no music.

“We have an amazing group of students who handled it all beautifully,” Bonner said.

Broderick’s piece was followed by Bonner’s own “Love, American Style” which got the crowd laughing multiple times.

Senior BFA music theatre candidate, Kyle Segar, a choreographer and dancer in Dance ‘16, said “Love, American Style” was one that surprised him by how well it went over Friday night.

“It started to really come together this week,” Segar said.  “We just needed to bring the comedy and we did.”

In years past the show has only featured the NKU dance troupe.  However, Dance ’16 is the first time it has been in this format, available for all students to be a part of.

“This year we had about 45 people coming together to put on a collective show and I feel like it went really well,” Spencer said.

One of the final pieces of Dance ’16 was guest choreographer Andrew Pearson’s “This Is Step .91,” which he performed alone wearing only underwear and socks for the majority of the dance.

Pearson’s performance, much of which was soundtracked by recorded text from allwomenstalk.com, was met with much applause once completed.

Dance ’16 came to a close with Segar’s “metAMOURphisis,” a hip hop inspired piece that featured dancers wearing black clothes and face paint while two dancers in bright colors underwent a transformation to match the rest of the cast.

“metAMOURphisis” included the largest cast of the entire show with nearly 20 dancers and was met with much applause from the audience throughout.

“It makes it so much easier when the crowd is getting involved,” Segar said.  “It so much more energy and life.  We put that one at the end specifically for that.”

Kyle Taylor, senior BFA musical theater major, who was one of the dancers that underwent the transformation during “metAMOURphisis,” said the energy of the crowd was the best part about theater.

“It keeps you alive,” Taylor said.

After “metAMOURphisis” ended and the curtain closed the cast reemerged to take their bows and cap off the first night of the Dance ’16 performance.

“It’s been great getting to work with all the composers,” Taylor said.  “There are a lot of different styles present.”