In the making for ‘Years’ 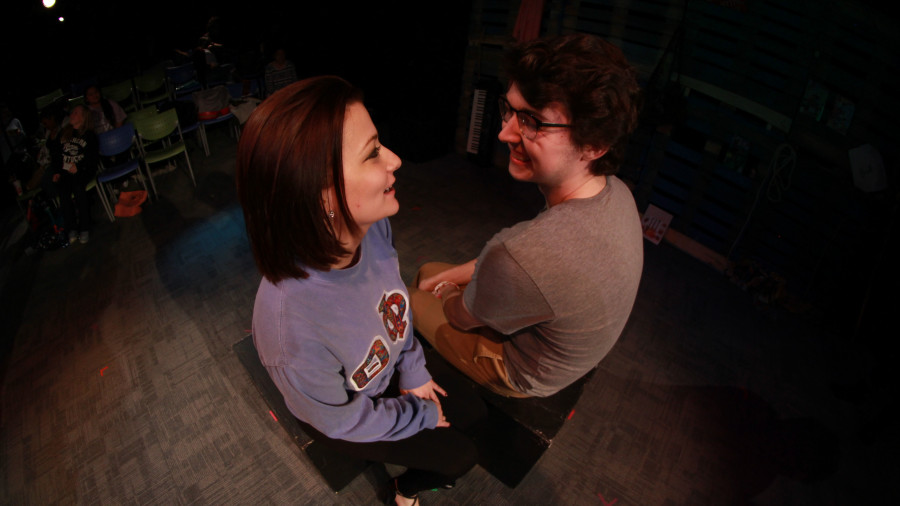 “I was writing songs my whole life,” Segar said.  “I realized some of them could be strung together and made into a story, so I took 16 of them and wrote a loose script.”

The musical follows the story of friends, Tristan and Xander, as they grow up, get into relationships and the consequences of their actions and decisions.

Segar said he was influenced by other productions such as “Rent,” “Spring Awakening,” “If Then,” which he saw on a trip to New York last summer.

“I compiled all of that into what I already had and let that be what it is,” Segar said. “Now it’s this really different show, I think it’s pretty unique.”

“Years” was used as Segar’s student-directed show in 2014 where he said the music was well received.  He used the summer to retool the script, adding six more songs and turning it into a two-act show.

This time, Segar will be playing Tristan while Jeremy Montana Long, a 2014 NKU grad, directs the performance.  Long had previously been assistant director for some main stage performances.

Long said that being able to work with the playwright so closely made his job easier.

“We can work through things easier and we have the benefit or reworking,” Long said.  “People don’t usually have that luxury.”

Even though Segar is acting in his musical this time, he and Long have worked very closely.

“Jeremy had most of the say in the cast.  But, he really respected what I thought because it all came out of my head,” Segar said.  “It’s definitely been a big collaboration.”

“He’s doing a phenomenal job taking the words off of the page and onto the stage,” Marshall said.

Marshall also noted that working so closely with Segar has given him the ability to learn the meaning behind some of the songs and how the characters really relate to one another.  Something he may not have been able to do without the writer there at all times.

“I can tell the difference between his reactions when he’s acting and when he’s like, ‘Wow, my show is coming to life’,” Hayes said.

Hayes met Segar this past fall when they were both a part of NKU’s production of “Seussical,” which is the only only musical Segar has been in at NKU and played a big part in his decision to write his own show.

“I wasn’t getting cast, so I wasn’t being seen,” Segar said.  “So, I wrote my own show and you guys are going to see me that way.  It ended up being bigger than I thought it could be.”

The cast of “Years” features many students who are getting one of their first chances of performing a musical at NKU.

“It’s been fun. There’s a lot of new students and we’ve been able to give them something a little different,” said Long.

“Years” will be performed in the Henry Konstantinow Theatre in the Fine Arts Building Feb. 22-25.