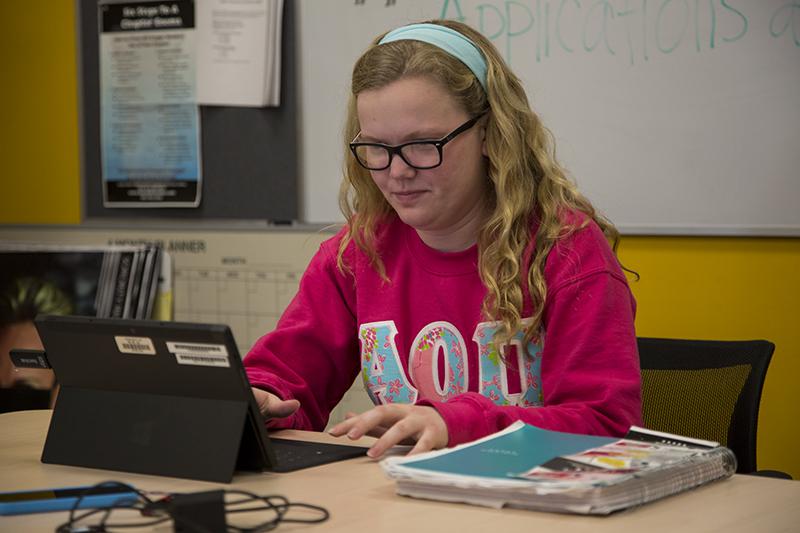 According to Kim Vance, the director of the Office of Fraternity and Sorority Life (and former director of Student Life), Student Life was split into departments to help with the growth of students in registered student organizations and the growth of students in fraternities and sororities. Those seeking help will now have a staff member with a singular focus as opposed to one who is working with students in several areas said Vance.

The need for expansion

Vance added that neither Greek Life nor registered student organizations were being served very well and nine times out of 10, the default went to Greek students because there are so many policies, rules and regulations that go with those groups.

These groups have to make sure they adhere to campus specific policies as well as national policies for groups that are chartered from nationwide fraternities or sororities. Pi Kappa Alpha, NKU’s keystone IFC chapter that was founded in 1972, and Delta Zeta, NKU’s keystone panhellenic chapter that was founded in 1972 also, are examples of groups that adhere to national policies.

Student Life was being put in a position of being reactionary rather than proactive, according to Vance.

Vance and her co-workers help the fraternities and sororities plan various projects, implement policies, identify areas for growth, conduct leadership training, and help to make sure that its members are adhering campus specific policies, as well as national policies.

Trey Hope, National Pan-Hellenic Council (NPHC) president, said prior to the departments being separated, it could be more tedious to get things accomplished because there was no one he could communicate with easily. Hope was trying to get Delta Sigma Theta Sorority active again and needed Vance’s help.

“I would have to schedule a meeting or catch her randomly to talk about reviving their chapter, which was a lot of steps at times,” Hope said.

As of the fall 2013 semester, there were 1,059 students in 15 fraternities or sororities. During that semester, 399 of these students were reported as new members, with the largest amount of 250 being in sororities.

Additions to the department

Adam Dralle started in August and has become the coordinator of the Office of Fraternity and Sorority Life.

“I work mainly with the fraternities here on campus,” Dralle said. “My position is a brand new position with the split.”

Previously, there was a lot of pressure on Vance to delegate her time, and with the new additions Dralle said students have a lot more options where to go with questions.

Dralle said the department is still learning how to be its own office and provide a better experience for the students with the improved resources.

Student Life’s budget last year was $19,000 and the budget for the new department has increased to $30,000 as of September 1st of last year.

“Before, we just had Kim and because of the size of our organizations and the amount of things that the girls need, Kim was a lot of times busy doing things with the women,” Matt Kriege, the president of the Interfraternity Council (IFC) said.

If Kriege has a question or needs help with a project or problem, he can now ask Dralle instead of scheduling a time to meet with Vance.

“I think it’s a really good thing that we have the split because we are a very large organization, and it was kind of hard for us to get as much stuff done because we had to go through Student Life to get everything approved,” Michelle Wehrly, the panhellenic president said.

Wehrly said the addition of Dralle is especially helpful because the department was in need of an extra set of hands.

Since NKU is mainly a commuter school, Santiago feels that the growth of Greek Life could help get more people involved in campus activities. 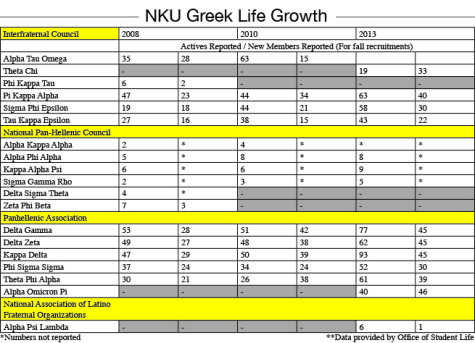