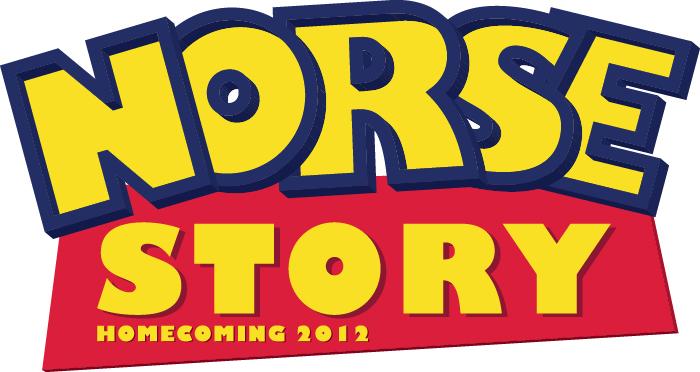 Soon after classes begin, the grounds of Northern Kentucky University will buzz with chatter about Homecoming 2012: Norse Story. Alumni will reminisce about old times as current students attend the time honored events, forming new memories of their own.

NKU senior and Homecoming Chair Rachel Ruehlman, who has spent three years on the Homecoming committee, said the idea for Norse Story spawned from the movie “Toy Story.”
“Homecoming is a great way to show your school spirit and see many of your fellow classmates,” Ruehlman said. “You get to see history made while creating your own Norse Story.”

Homecoming events will begin on Jan. 13 with The Nearly Naked Run. Yes, clothing is required. Following this event is the Homecoming Kickoff Party in the Albright Health Center. The Norse Story theme will be intertwined with the activities.

The Nearly Naked Run is one of Ruehlman’s favorite events, but she thinks that tailgating will be a nice addition to round out homecoming week. Students will be able to tailgate prior to the Men’s and Women’s basketball games Jan. 21 against the Lewis University Flyers.
Among the new additions to Homecoming week are the standard events, the Homecoming Gala and Yell Like Hell.

“The Homecoming Gala is an elegant event where we honor someone who has been very influential throughout the homecoming process,” Ruehlman said. The Dutch and Duchess for Homecoming 2012 will be named at this event.

Contrary to the Homecoming Gala, Yell Like Hell gives students the opportunity to be creative in showing their school spirit.
This year the African American Student Affairs Office has been the backbone behind the MLK Day of Service, which will give students, faculty and staff the opportunity to honor an influential entity to American history. Ruehlman said this will make it possible for NKU to give back to the community it resides in.
Following many other events, Homecoming 2012 will conclude with the basketball game where Homecoming King and Queen will be announced.

Student organizations who participate in Homecoming activities earn points throughout the week through attendance and participation. Winners will be announced at the game.
“Homecoming is an exciting time, and the committee has done a fantastic job, from the advisers to other students who serve on the committee,” Ruehlman said.
For more information regarding Homecoming, visit the Facebook page or check out OrgSync for the 2012 Homecoming Registration Packet.