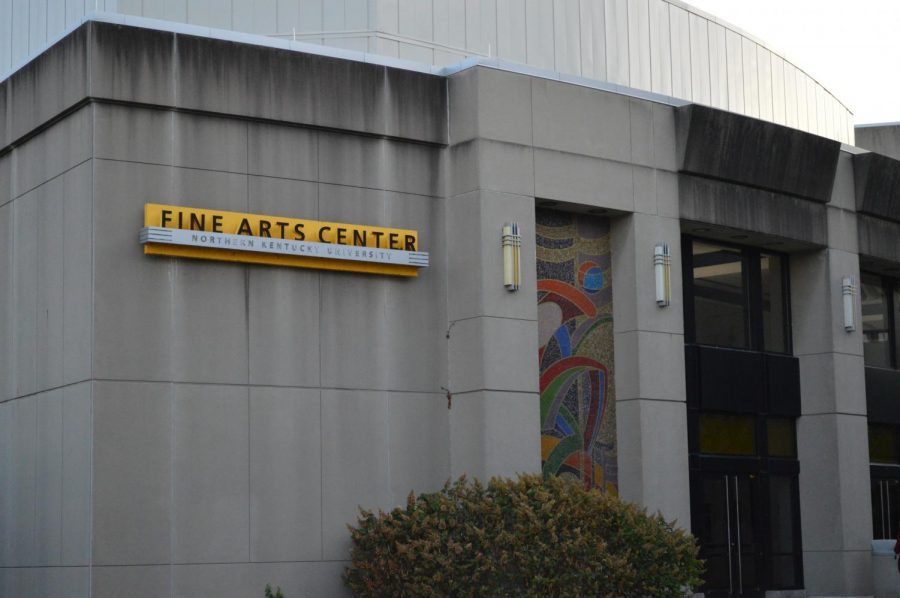 In the midst of social distancing, SOTA faculty and staff began brainstorming ways to encourage others to stay creative. In addition to virtual open mics and virtual coffee hours, SOTA Stream, an ongoing collection of videos showcasing the deep talent throughout SOTA was launched according to Rick Endres, SOTA’s events and publicity manager.

SOTA Stream participants can sing, dance, perform a monologue, tell a joke, give a tour of their home studio or demonstrate some of their favorite yoga poses. Artistic selection is up to the creator, professional audio quality isn’t required and professional concert attire is encouraged.

The first SOTA Stream Episode released on Mar. 20 was a cover of “Not While I’m Around” by Stephen Sondheim from the musical Sweeney Todd, performed by theatre and dance faculty, Dr. Damon Stevens and Assistant Provost, Jason Vest.

Stevens said he suggested the song for several reasons.

“Assistant Provost Vest is a tenor, so the song fits his voice beautifully,” Stevens said.

Most importantly, the song was selected because of the message Stevens and Vest want to convey to students in this time of fear and uncertainty, Stevens said.

“Even though NKU is forced to move to this new online teaching format, your professors are still here for you, and you’re going to be OK,” Stevens said.

Lazzeri, who is a part of SOTA’s music faculty, is also a certified Kripalu yoga teacher. Lazzeri said she is offering the class as an opportunity to breathe, center and stretch together.

‘Kripalu’, which translates to compassion, is a style of yoga that focuses on exploring the flow of creative energy through the flow of asanas or postures, Lazzeri said.

Lazzeri believes that yoga is beneficial for a number of reasons, including to release tension and creative blocks, practice non-judgemental self-awareness and cultivate greater mindfulness, presence and focus.

Lazzeri said the class would not be a work-out, but rather a work-in.

“Comfy clothes are all you’ll need, and if you’re like me, spending most of your days in pajamas, this should be no problem!” Lazzeri said.

The next episode, a performance of “Not My Father’s Son” from the musical Kinky Boots by Billy Porter and Stark Sands will be released today, Mar. 28 at 12:30 p.m.

SOTA students, faculty/staff and alumni are welcomed to send in their submissions with a suggested length of three minutes, however length may vary depending on the content, according to Endres. A full list of guidelines and a link to the submission form are available at nku.edu/sotastream.