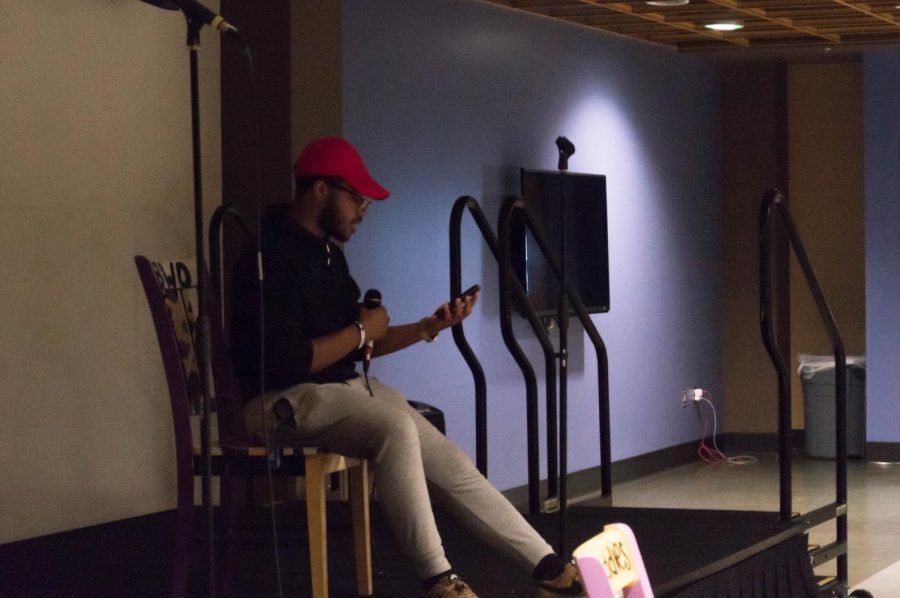 Students, friends, supporters and others came together Tuesday in the Student Union for Poetic Justice’s open mic night. NKU students used their creative talents as outlets to express their feelings about various topics. The event occurred on the anniversary of the start of the organization as part of the Welcome Black Week.

Janae Cofield, junior public relations major and founder of Poetic Justice at NKU, said the organization has a special energy.

“It’s like an energy in there, where you feel accepted and you know you are not alone because somebody else is speaking up on a situation that you’ve probably went through,” Cofield said.

Cofield also explained the importance of giving her community voices to be heard through performance of any kind to express their innermost feelings.

By incorporating community, Cofield hopes to get other organizations involved with Poetic Justice. Last year, they partnered with an LGBTQ+ organization and are looking for more partnerships to create an even more diverse group of open, friendly people.

“It serves as an outlet for students here … there are a lot of things people hold in. We’re just one big community. We just support each other,” Brown said.

Danielle Polion and Micah Petway read their own poems at the event, expressing their feelings on failed relationships and secrets kept hidden inside.

“You’re supposed to love someone through their good days and bad. Everybody loves a rainbow, but in order for them to appear, a rainstorm must be had,” Polion read. “There’s beauty in your pain and struggle.”

In addition, Petway explained the importance of getting the E-Board together to host workshops for different art forms during the week.

“Workshops are great to come out to and just express yourself,” Petway said.

Poets, writers, artists, singers or others interested in joining should head to University Center room 335 on Wednesday, September 4 at 4:30 p.m. to experience the energy and charisma the people at Poetic Justice share that truly exemplifies a welcoming family. Petway said anyone can come to their meetings—the team only wishes that you come with energy and an open mind.