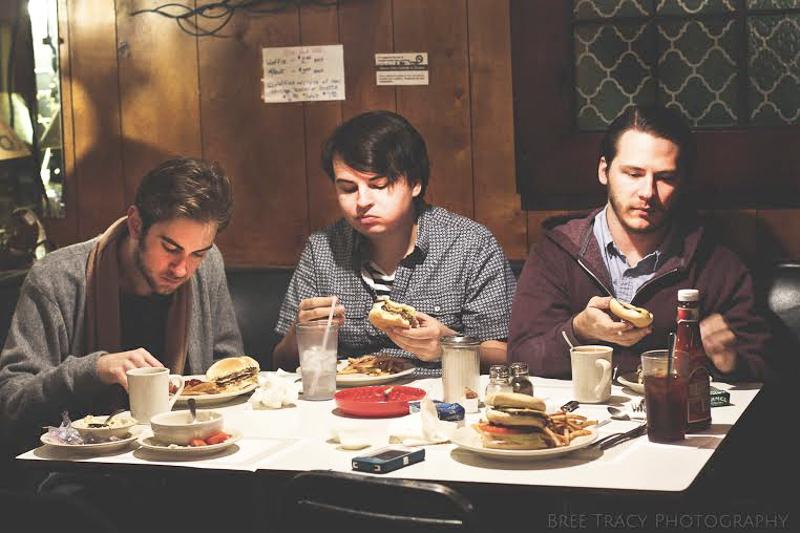 Orchards are a local band performing at Midpoint Music Festival this year. They will play Sunday night at Maudie's.

Last year at MidPoint Music Festival, Austin Tracey waited patiently at the side of the stage as the band Automagik finished their set. At the end, he approached the band to congratulate them for the amazing show, and explained that he had just recently started his own band called Orchards.

“We owe everything to these guys,” Tracey said.”For whatever reason they invited us to open for them a few months later when they returned to Cincinnati.”

This show at the Woodward in Cincinnati’s Over-the–Rhine marked a pivotal moment in Orchards’ career because the other headlining band Lemon Sky asked Orchards to go on tour with them, hitting cities like Chicago, New York, Nashville and Philadelphia.

Orchards is a three-piece hard hitting indie band made up of two NKU seniors, Tracey on guitar/vocals and Evan Wagner on drums, along with their bassist Kyle Stone.

This gig could not have come at a better time in their careers, since they are about to release their new self titled album, Orchards, on Nov. 27. The countless hours that they have spent working on this album in Evan’s basement over the past two years are finally about to be unveiled to their fans.

“It really says a lot that we are one of very few local bands on the lineup and we have very little music released yet,” Tracey said. “When I submitted the application, I was never expecting that we would actually get accepted.”

The band is really hoping that this show will open the door to many new opportunities throughout the city, since nearly everything from booking gigs to recording their album has been done by the three of them.

Having been buddies since middle school, where they first began to play music together, the trio split ways temporarily during high school.

“It wasn’t until the three of us reunited at a Tame Impala concert in 2013 that we decided to start a band,” Wagner explained.

Orchards takes a lot of influence from their mutual favorite band, Tame Impala.

“We wanted to capture that sound and run with it, making it our own,” Wagner said

Although they have a specific sound in mind, they draw influences from every musical genre ranging from 90’s R&B, European House, Classic Jazz and many classic rockers before them. The threepiece is rapidly developing and gaining popularity since they began.

Since they played their first show at The Playground Theater during a friend’s variety night in Chicago, the band has gotten to record with one of their favorite musicians and idols- Shiraz Dada, from the band Maps and Atlases. They have also played at Fountain Square during the summer concert series.

Orchards has had their music featured on multiple compilation albums, including one CD that raises money and awareness to Syrian refugees being forced to evacuate camps that are being shut down.

You can listen to some of their music, including their brand new single, “Up Above” on their Facebook page, or check out www.orchardsart.bandcamp.com.

Orchards will be performing during the MidPoint Music Festival on Sunday, Sept. 27 at 9 p.m. at Maudie’s. There is a $10 cover charge if you do not have full MidPoint Festival passes.