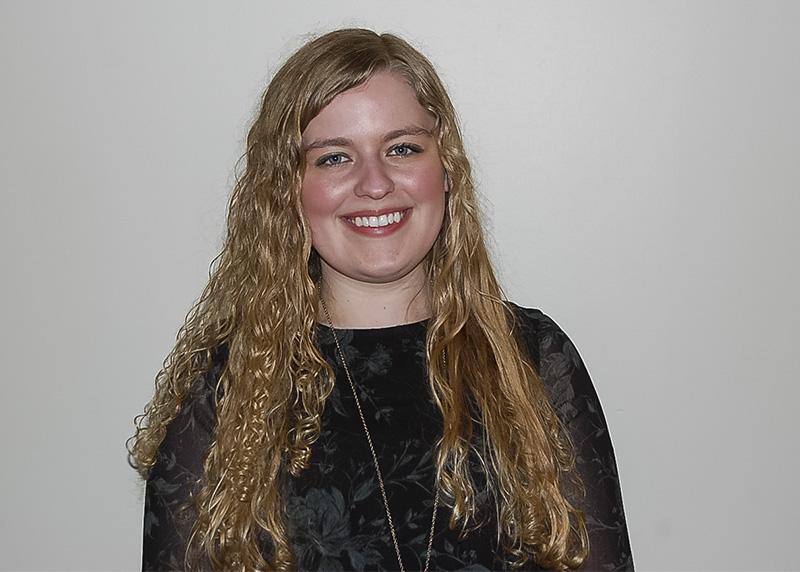 As part of Robert Wallace’s Moby Dick and the arts class, Emma Rose Thompson proposed a final project that would become an important part of the last two years of her college experience.

For their final project, Wallace gave each student the option to either write the standard research paper or make a piece of art as a reaction to Moby Dick. This first started in 1994, according to Wallace, and eventually he started offering this option to his Emily Dickinson and Henry James class as well. These works of art have become the basis for last weekend’s Emily Dickinson Arts Festival.

“I proposed a hypothetical art exhibition. We studied art in class that was inspired by Moby Dick and we wrote papers relating those artworks to the book,” Thompson said. “I built a model of it and I wanted to have the artwork we had studied on the wall and then have the whole wall be our papers. Like printed really big on the wall so you can’t read the whole paper, but you get a sense for what the students are talking about.”

She hoped to create an atmosphere where guests could interact similar to the class itself.

“I really hadn’t even made the project yet. I’d just proposed it and it wasn’t even that far advanced,” Thompson said. “Later that day Dr. Wallace ran into me in the library and asked me if I was interested in doing these two exhibitions, the Dickinson and the Moby exhibitions, as my senior project.”

The exhibition that was viewed in the library over Valentine’s weekend was installed by Thompson. She also put together a catalog detailing the works in the exhibit and the artist’s statements.

Over the two years spent putting this together, she gained experience writing grants to help fund the project and work with printers to get the best possible cost and quality mix for the accompanying catalog.

She felt like a professional interacting with others as opposed to a student working on a project.

“Technically on paper he’s my mentor, he’s my professor, he’s whatever, but he said from the start that we are co-curators. We are co-editors of this catalog. So really he asked my opinion on absolutely everything,” Thompson said.

Wallace said of the 40 student pieces that were in the show only three of them were from art majors. Thompson and Wallace discussed what artwork to put in the show. They wanted to include as much as possible to show the work his classes have turned in over the last 20 years.

“This is my honors capstone, but in a lot of ways this is a capstone to his career,” Thompson said.

Despite the low number of art majors, Thompson felt all the work was valid after reading the artist’s statements.

“You can tell that a lot of it is outsider artwork, but I think once you read the catalog and read their artist’s statements… it’s really how beautiful how many people really are artists even though they haven’t had the training,” Thompson said.

This creative option as a final project helped students understand their own interpretation of Dickinson’s writings and Melville’s writing.

Wallace also feels this has been a satisfying mode of teaching.

“I’ve found that this project has been really interesting for me to go back and reread all of these artist’s statements to get the fuller sense of the richness and idiosyncrasy with which everyone has approached this subject,” Wallace said.

While the final event closed on Saturday, the preparation for the event was not without its challenges. Applying for grants and determining who was going to print the catalog were certainly not easy felt Thompson.

However, the most difficult struggle was keeping focus on the long term goal.

“I think just taking everything one step at a time is really above all the hardest thing because it’s really easy to get overwhelmed and there are times that I started to panic and I know Doctor Wallace picked up on that,” Thompson said.

After the experience of the Emily Dickinson Arts Fest, the two will help bring a similar four day event surrounding Moby Dick to campus in April according to Wallace.

“The other day I was talking to Kimberly, the singer who’s coming on Friday, and she asked me ‘What are you going to do when this is all done?’ and I was like ‘Take a nap’,” Thompson said.