Local band hits the NKU ballroom stage, a hit with the crowd 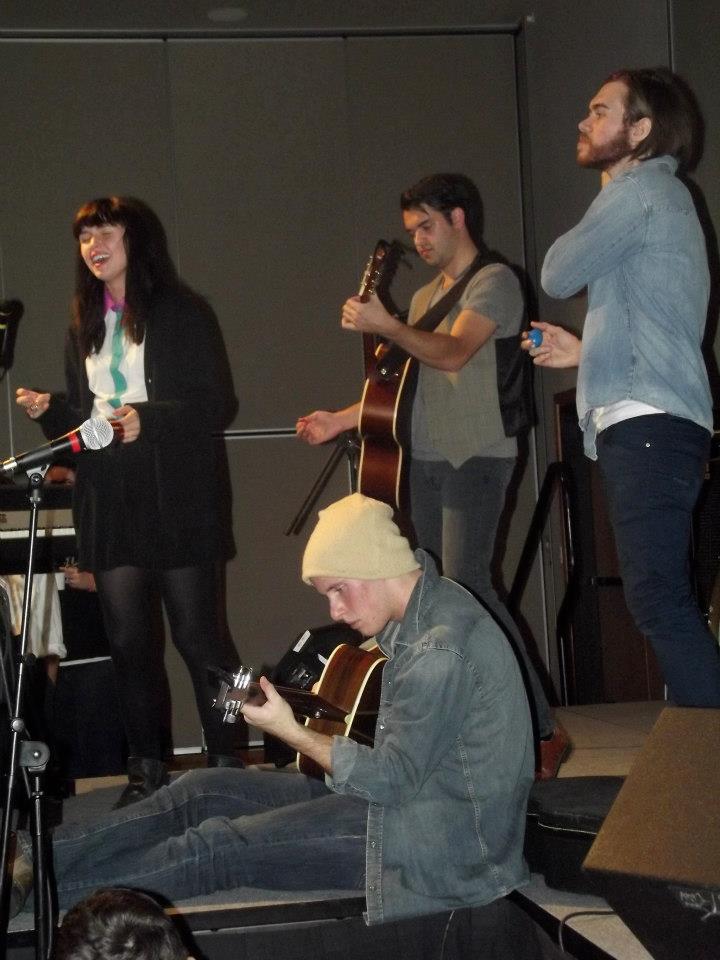 Hailing from Cincinnati, Ohio, Belle Histoire didn’t have to travel far to put on a great concert for Northern Kentucky University students on Thursday evening.

The Activities Programming Board welcomed the four-piece indie alternative band made up of Jane Smith, Austin Livingood, Mitch Winsett, and Wes Comer. As a band, they want to display reality through their music, according to Smith.

“Belle Histoire means ‘beautiful history’ in French; I really like how unique it is, because it actually has meaning,” Smith, the lead singer, said. “You know, a lot of our songs are about things that we go through, and, whether or not it’s all good or it’s all bad, it still is a beautiful story of what your life was.”

With a much anticipated show after being cancelled once in October, those who showed up to enjoy the band’s music flooded into the Student Union Ballroom to hear the passion and meaning Belle Histoire’s music possesses.

“I want people to remember us as people. All we are is people writing music. Whether our music is amazing or it’s horrible, we’re just getting by. We’re just trying to find our own way in the world.” Smith said.

Shamell Smith, APB vice president, said “‘it’s important for students to feel connected to campus, and to just give students something to do, especially for students who live on campus.”

“Some of them are miles away from home, and some may not even have cars, and may not be able to get off campus and go out for entertainment. It’s much safer to provide entertainment on campus, and it makes students want to be here.”

Among those students in attendance was Sarah Napier, junior communication major, who said “I really liked the way they interacted with the crowd; teaching us neat claps to go along with the songs and encouraging us to be close to the stage.”

After performing an hour-long set, Jane, Austin, Mitch, and Wes, stuck around to chat with fans, take pictures and sign merchandise.

“Whether or not we sounded amazing or we sucked, everyone was happy to be there,” Smith said.