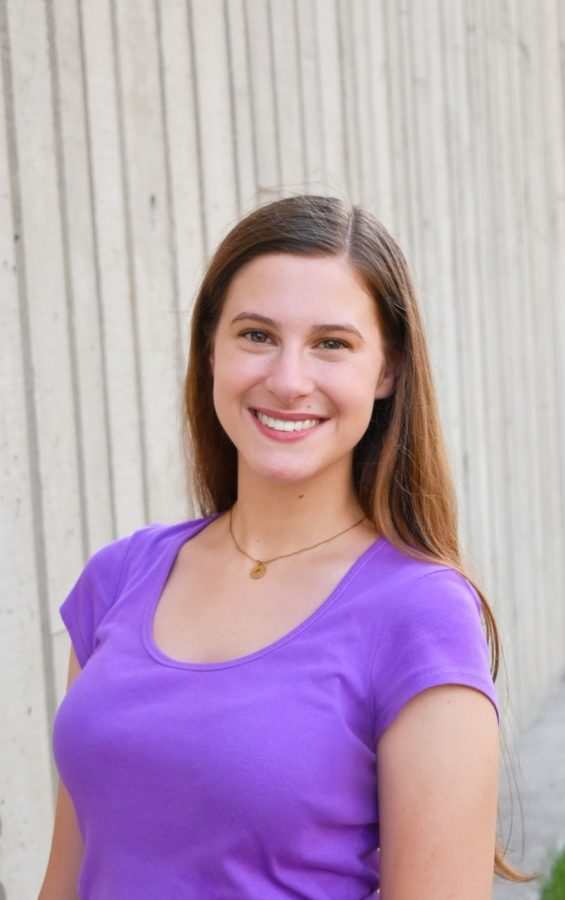 What were your thoughts last spring when the university first closed?

Did you participate in anything over the summer?

I usually take classes over the summer, so it wasn’t a whole lot different for me, aside from the fact that I just hadn’t seen people since spring break, so that was kind of all it was for me.

Since you are a marketing and theatre double major, have you been taking more classes from one area more than the other?

If anything, one of the plus sides of the pandemic was that it gave everyone kind of this reset where we kind of realized how much it’s needed. A lot of what I’ve done this semester and last semester has been more on the directing side of things because for a minute, I was kind of trying to find my foothold in the theatre world. Being a double major, it kind of sent me into more of the arts administration/directing side of things, which is really interesting, and I’m really glad that I found that, because if I didn’t have the mental reset that came with the pandemic, I don’t think I would have found it.

Have you been involved with the filming of any productions last semester or this semester?

The only sort of filming that I’ve been a part of has been Dance ’21. It’s been difficult, to say the least. It’s not something that everyone’s used to quite yet, but I’ve heard a lot of stories from other people that filming for the actual shows has been a little more difficult than anyone anticipated. It’s just not a place where theatre people are used to, because we do theatre for a reason, and we do film for a reason—[last year] we did radio plays, so it felt strange because it wasn’t really filming it. It was just recording the audio and hoping that everything kind of translated to where we needed it to be.

I directed a first-year show this semester, and that was weird because this role was filmed—It ended up being a dance show, which is super strange. Now I don’t think anyone expected that, but as I said before, filming dance is very difficult—We were supposed to just take our phones and just figure out how we wanted to take the shots, and that was strange because I felt like I was following people around.

What were the differences between recording for the radio production versus the freshmen show?

I definitely had more experience by the time the freshman show came around, but the radio show, I think it was more fun honestly just because there was more structure to it, and I thrive in places where there is a set, step by step process that we’re going to do. Filming the first-year show felt very chaotic, I was given all of the responsibility of the stage manager, the director, the producer, all these things by myself.

Have you looked into any internship/opportunities for either marketing or dance this summer?

I looked into a few arts administration internships—I’m going to New York over the summer so I’m looking for opportunities in New York, hopefully. I’m super excited. I have a friend that’s in New York right now and she does a lot of agency work which is kind of where I was thinking of going with my majors.