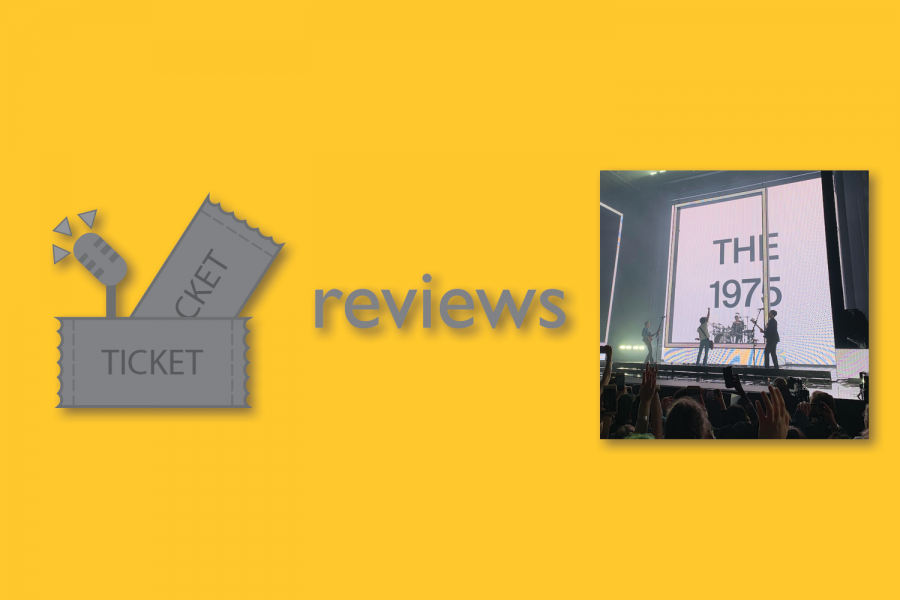 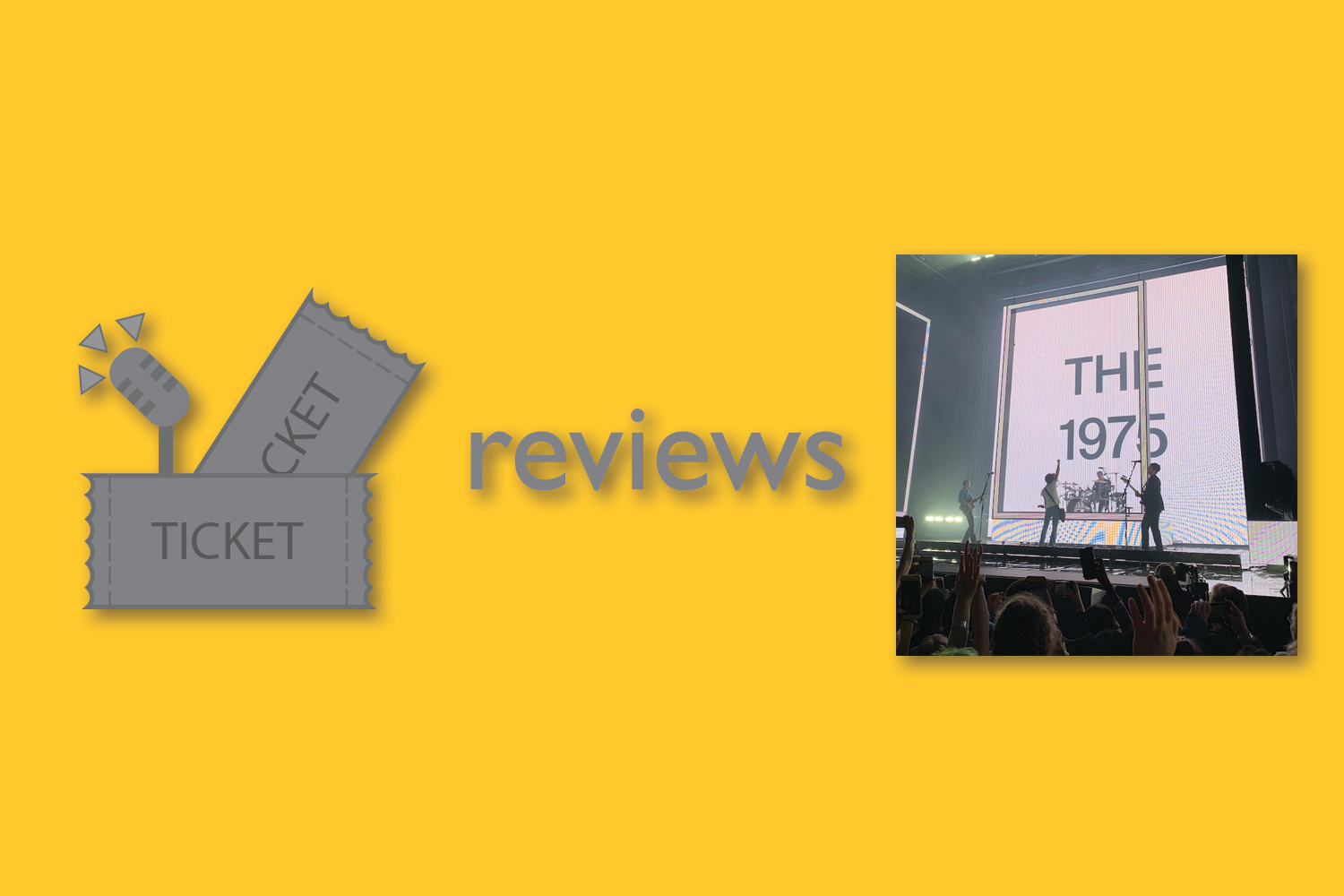 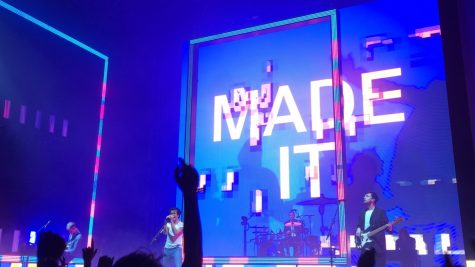 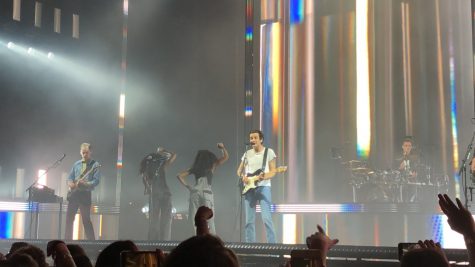 Corinne Byrne
The band was joined on stage by the Jaiy twins at Sunday’s show. 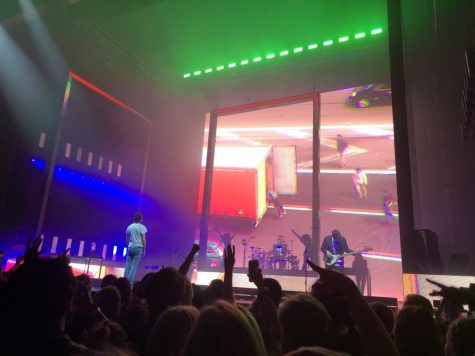 Corinne Byrne
The 1975 performed songs from their earlier albums during their Sunday night show, including “Chocolate.” 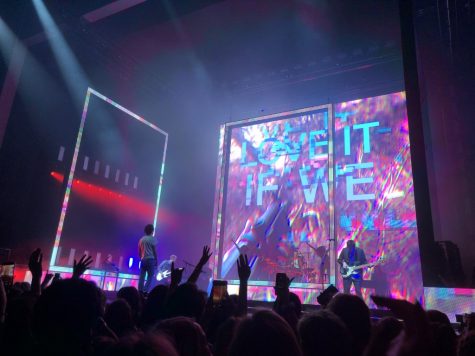 Corinne Byrne
Matty Healy, lead singer, paused to stare at the screen during “Love It If We Made It.”