Total Eclipse of the heart: One professor’s astronomical passion 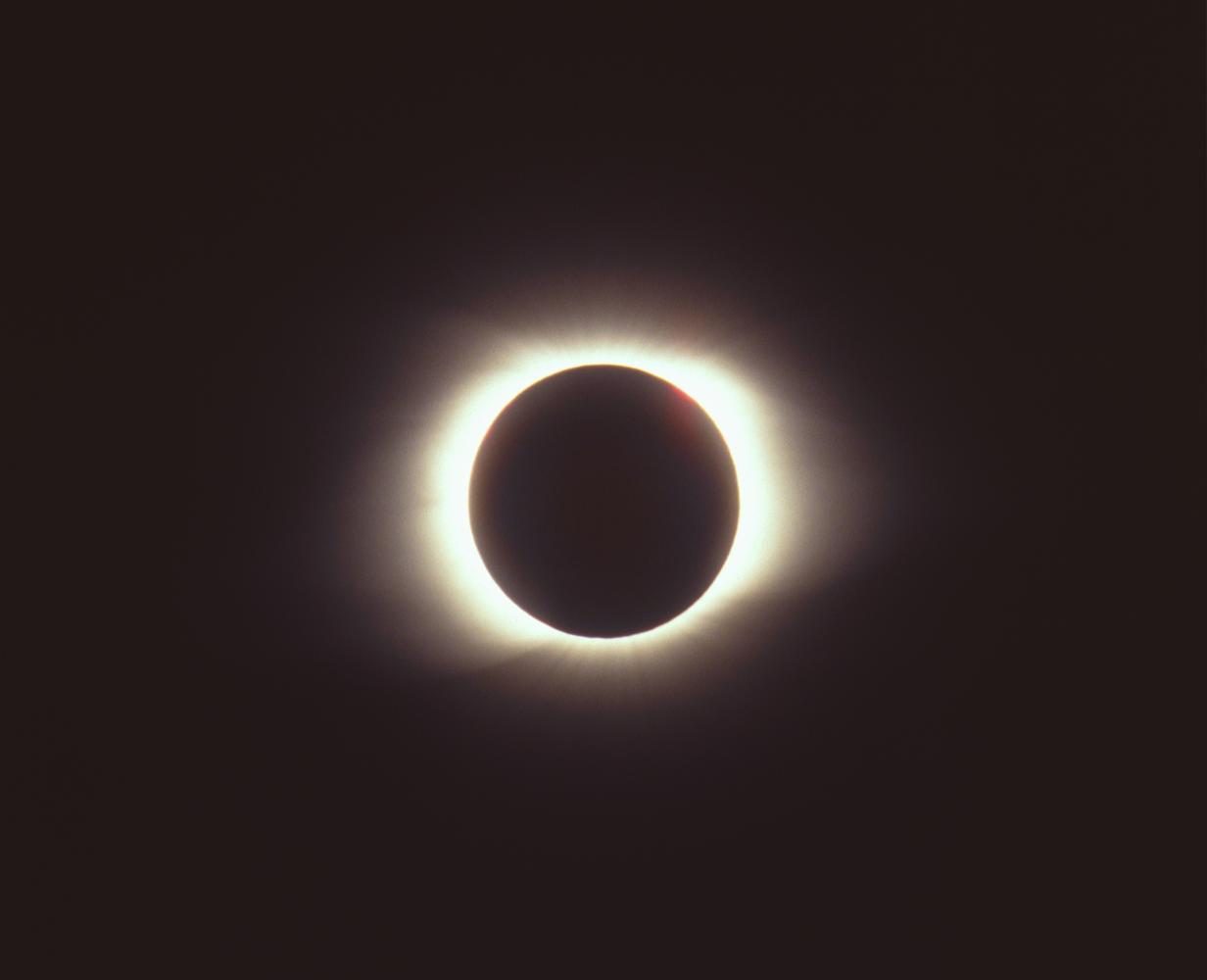 Astronomy professor Nathan De Lee will cancel his classes on Monday and instead be in Nashville, anticipating an astronomical event he has waited nearly 20 years to witness.

De Lee will be in a hotel room in Nashville for a chance to witness the first total solar eclipse in the United States since 1979.The path for the total eclipse passes through parts of Western Kentucky near Hopkinsville and central Tennessee, making it a reasonable drive for many in the tri-state.

De Lee was fortunate enough to witness a solar eclipse in China back in 2009. At first, it was a cloudy day, so De Lee thought he wasn’t going to be able to witness the event.

“Well shoot, I came halfway around the world and, nothing,” De Lee said. “But then the eclipse happened.”

De Lee recalled that it seemed to move from day to night instantly. Car horns honked below, not expecting the eclipse that came.

“You can imagine in early times when they didn’t know when these eclipses were coming,” De Lee said. “It’s a profound experience for a human being. Even when you know it’s coming it’s still pretty amazing.”

What are we witnessing?

A solar eclipse is when the moon’s orbit passes directly between the sun and Earth causing light from the sun to be blocked from view. While the Moon passes between the Earth and the sun every new moon monthly, De Lee says it’s tilted enough to pass slightly above or below the sun.

“It’s only at particular times of year that you can have the possibility of everything lining up and getting a total solar eclipse,” De Lee said.

The moon and the sun also have to be the same general size in the sky from Earth.

“That’s just luck,” De Lee said. “There is no physical reason why that would be. We happen to have a really big moon that is really close and we are pretty far away from the sun. They happen to have the same dimensions right now.”

During a solar eclipse, viewers (with certified glasses on) will be able to see the stars next to the sun, an experience that is usually impossible. The corona of the sun can also be viewed, unlike at normal times.

The further the moon is from Earth, the smaller it appears to the viewer. If the moon is too far away from our planet to cover the sun in its entirety, a ring of light forms around the silhouette. This is known as an “annular eclipse”, which is more common than a total eclipse.

What does this mean for NKU?

“If you don’t have eclipse glasses, you will go about your day and never know anything happened,” De Lee said.

For this reason, NKU decided not to hold any special events on the day of the eclipse. Instead, they hosted events throughout the summer to prepare people for the event.

“What we did instead is we had a series of planetarium shows that went over the eclipse over the course of the summer,” De Lee said. “We handed eclipse glasses and basically we’re getting people prepared to do this.”

While De Lee will be canceling his classes, students will have a more difficult time going to see the total eclipse due to it being the first day.  According to the university attendance policy, NKU students are expected to attend the first scheduled class session of each course for which they are enrolled. If a student does not attend, the instructor may drop the student for non-attendance.

De Lee and the university recommend any student traveling to see the eclipse contact their professors to make sure they will not be dropped from their class if they decide to travel.

For those who are traveling, De Lee recommends leaving in plenty of time to battle traffic and to ensure a good viewing spot.

“A lot of these areas are rural,” De Lee said. “So you can imagine if you have a huge influx of people trying to take highways in that area in could clog everything up. A lot of people are going to try and travel the day of and they may find themselves sorely disappointed.”

Where to get frames

“Do not stare at the sun,” De Lee said. “You will damage your eyes completely.”

Though it’s safe to look directly at the sun for the brief “totality” of an eclipse, NASA’s official guide to eclipse viewing cautions against staring at the sky sans protection–even with glasses on. To shield your eyes from the intense sunlight emitting from the eclipse’s partial phases, track down a pair of solar filters authorized by the American Astronomical Society, which have will have an ISO number of 12312-2, according to De Lee — regular shades, homemade filters and fakes won’t cut it.

Certified specs are available for less than $5 at locations like Kroger, Walmart, Toys R Us and most hardware stores. Make sure to call locations before shopping, however — many outlets’ supplies are reported to run out fast. Free units were distributed by all three branches of the Kenton County Public Library, but supplies have long since run out. If you’re looking to score free lenses, the Boone County Public Library will have them available at noon on the day of the eclipse.

Can’t make the trek to Hopkinsville, KY to see the totality of the eclipse?

“There is another solution,” De Lee said.

Another total eclipse will pass through the United states on April 8, 2024 between Cincinnati and Dayton, a closer destination for NKU students, and NKY residents.

De Lee said that he anticipates that the university will put on a pretty substantial event for the eclipse but doesn’t have details since it’s seven years away.

Have some time in between classes on Monday? Here’s a list of prime viewing spots close to campus:

While many of the Cincinnati Observatory’s staff will be out of town to witness the eclipse at 100% totality, the building will be open to the public from noon to 4 p.m. Take a guided tour of the observatory and learn a thing or two about the astronomical event you’re about to witness — no reservations necessary. 3489 Observatory Pl, Cincinnati, OH 45208
Don’t fret if you’ve failed to find a pair of glasses. Thomas More College plans to pass out 700 pairs of free shades from 1 p.m. to 4 p.m. — take your complimentary eyewear to the campus’ BB+T Observatory or to Thomas More Softball Field, where high-powered telescopes will be stationed to facilitate your viewing experience. 333 Thomas More Pkwy, Crestview Hills, Kentucky 41017
Even if you’re strapped for time, there’s no reason you should miss out on the astronomical festivities. Join fellow denizens of the internet in one of many Eclipse live-streams hosted by NASA, The Weather Channel, USA Today or Google without leaving your dorm.