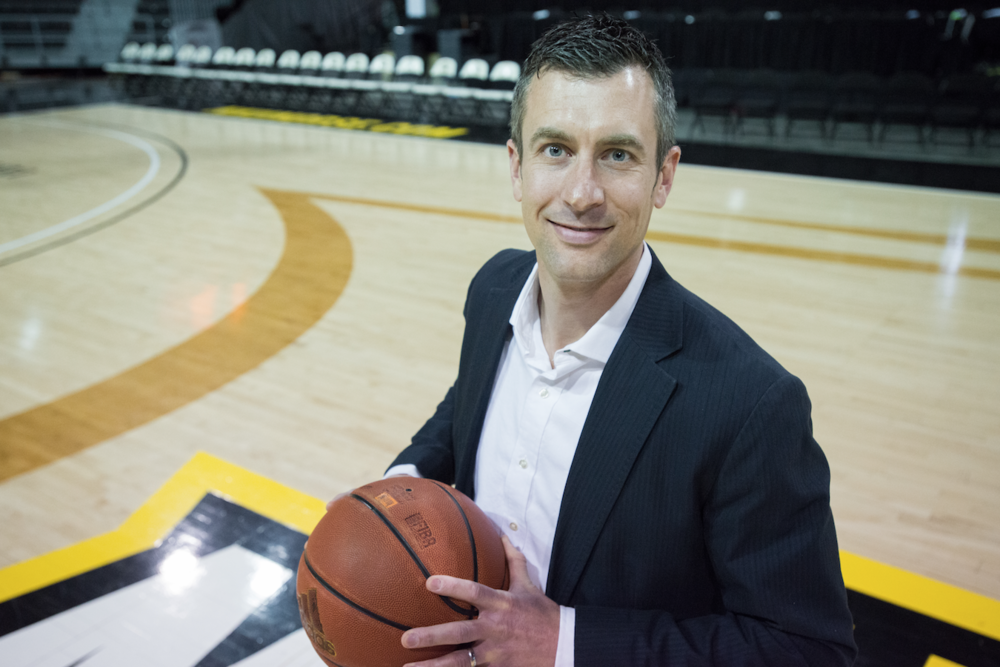 Joe Cobbs is an associate professor at NKU who teaches sport business. Recently, he was a guest on episode 17 of "Tell Me Something I Don't Know."

Joe Cobbs traveled on a whim to Chicago after being contacted to be a part of a podcast called “Tell Me Something I don’t know.”

A sports business associate professor, Cobbs was one of four ‘contestants’ who prepared a question they believed the celebrity panelists wouldn’t know.  His area of expertise? The intricacies of sports rivalries.

“One of the producers of the show found some of our research online—some of the rivalry research—and they just emailed me and asked if I’d be interested in being on a show that would focus on rivalry as a topic,” Cobbs said.

Stephen J. Dunbar, a co-author of Freakonomics, hosts the show. In the latest installment, Steve Levitt–who co-authored with Dunbar–served as one of the panelists, alongside Scott Turow, American mystery novelist, and Bridget Gainer, city commissioner of Chicago.

Each contestant posed their question in what felt to be a rapid succession. Their prepared introductions were met with audience applause in a room that held 400 people.  Cobbs was introduced and posed his question: Between each team in the four major leagues (NFL, MLB, NBA, NHL, and college football), which has the most unbalanced rivalry?

Listen to the podcast below:

How is the research conducted?

Cobbs first got into this line of research through working in college athletics marketing at Miami University and Ohio State.

In trying to promote games, he and his colleagues would try to determine who was the rival of the team they worked for.  Through this, his research was born, as well as Knowrivalry.com

“Before I became a professor I used to work in college athletics and in my role, I was the director of marketing,” Cobbs said. “We were always trying to kick off campaigns and rationale for people to come to games, but also get more involved with our team.”

I had a blast as contestant on this episode in #chicago featuring @KnowRivalry fan data and some very funny fish too! https://t.co/F8AXRPoqPN

Cobbs said that through thousands of interviews, each was given 100 ‘rivalry points’ to allocate to their favorite team’s opponents. From there, the rivalry score is calculated by taking the average point total toward a rival from the whole of a team’s respondents. The rivalry dyad score takes the rivalry score toward an opponent and compares it to the opposing average score of the supposed rival’s fans. Essentially, the research seeks to discern between the hated and the hater.

The verdict? Listen to the podcast to find out (Hint: It has to do with Notre Dame).

Hello Chicago! Having a great time in the Windy City recording a couple of podcasts . . . #podcasts #chicago #TMSIDK

The majority of the other contestants were professors at other universities. They were able to mingle before and after the show, where they were introduced and hour and a half before the podcast started rolling.

Through his own research, Cobbs has collaborated with other academics. A handful of NKU students have worked on the project collecting and cleaning data.

The panelists at “Teach Me Something I Don’t Know” were eventually able to guess the rivalry after listing off several teams. For Cobbs, this research has become his livelihood as he uses data to peer through the lens of the unusual landscape of sports rivalry.

His website, Knowrivalry.com,  was founded alongside B. David Tyler, a professor at Western Carolina University who teaches how fans consume sport.

To contribute to the research, head over to their website.