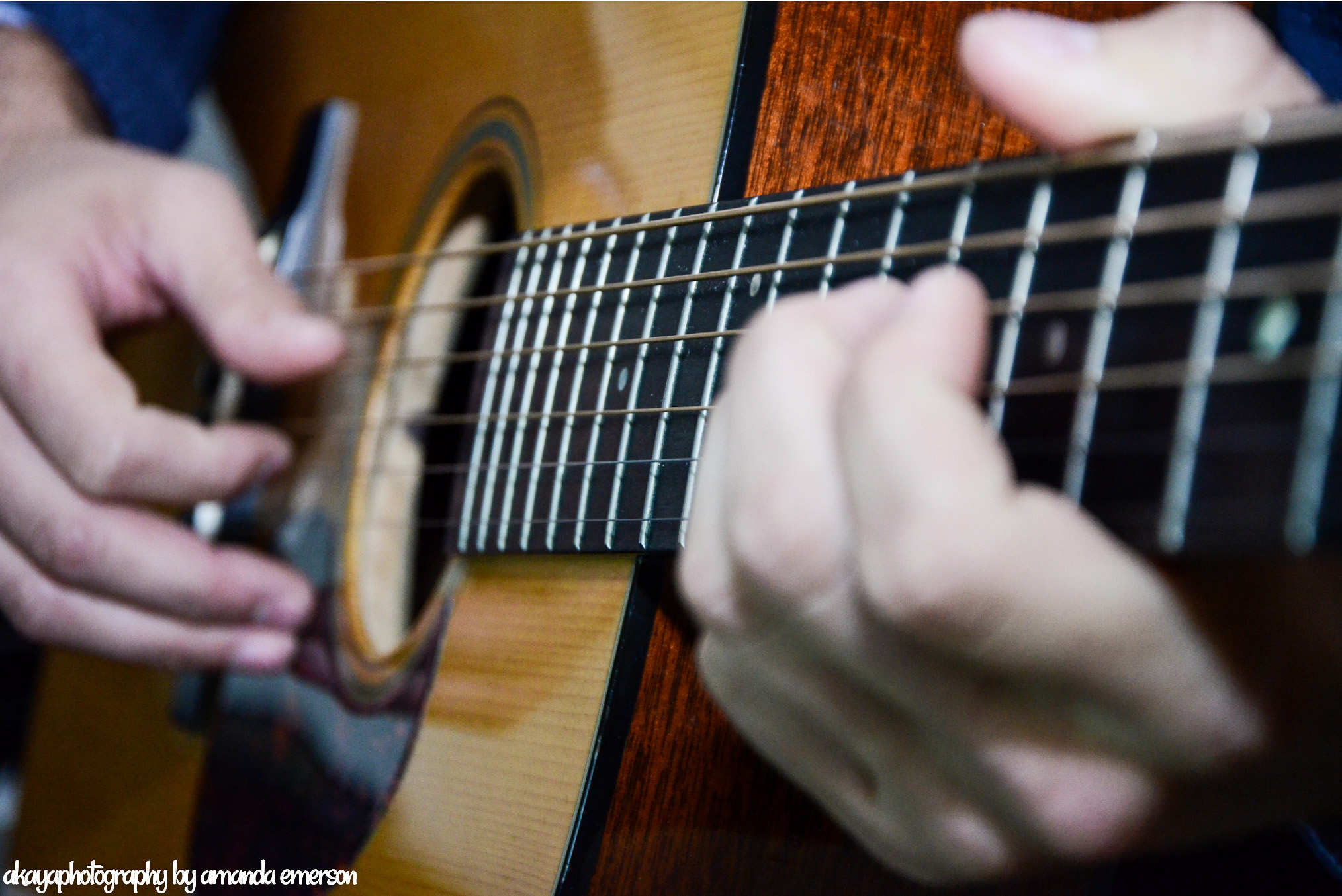 Holding his shiny, golden trombone, Justin Schmitt smiled as he looked down at his feet.

“I don’t know where we are going,” Schmitt said.

“But I do know we can’t do it without each other.”

Schmitt and his friends Chase Moriconi and Will Huber sat in their living room next to a row of guitars, a soft brown piano and a lit up mixing board. The three childhood friends turned a childhood fantasy into a possible life-long career when they transformed half of their house into Clever Records, two full session recording studios.

Since its inception in April 2016, Clever Records has offered both professional recording and video production, as well as growth opportunities for upcoming artists.

Schmitt, a senior music business major at NKU, said the majority of artists come from the university, and he hopes to reach the University of Cincinnati next to expand their client base.

Oryan, Austin Tyler, and A Dog Named Moose are artists that have been signed to the record label.

RELATED: Olivia Ryan: ‘My art is my own.’

“NKU and UC have great music programs, and I want to take my own experiences to give someone else one,” Schmitt said. “All of the bands under our label are phenomenal.”

He said most of their revenue comes from artists who want to record a full album along with a video production. He said Clever Records rates range from 30 to 40 dollars an hour. 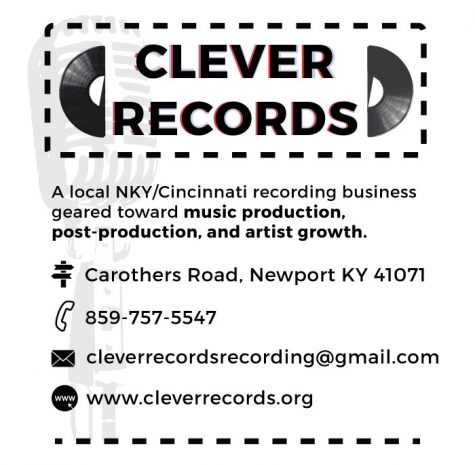 “It’s fun working with all of them,” Moriconi said. “We have had a lot of different artists with different genres come through here, and we enjoy every bit of it.”

Huber, a senior electronic media broadcasting major at UC, said they all three have toyed around with entrepreneur business ideas since the beginning of their collegiate careers.

Huber said they tried a business idea two years ago, Penguin, which helped locals with personal errands, but they quickly decided “it wasn’t for them.”

“We have always wanted to own our own business,” Huber said. “Moving in together is when Clever Records started to happen and get serious.”

Schmitt said the scariest part of building Clever Records was committing to it. All three owners took personal savings and paychecks to buy additional equipment for the studio to be fully functional.

“We put in anything and everything we had,” Schmitt said. “It was scary to think about how much we had to lose if this didn’t go through.”

Moriconi, said in the beginning, the biggest obstacle was trying to stay on top of obligations to keep business coming in. He said it is hard to live in a studio while being a student because of the time it takes and the distractions it causes.

“It’s hard running back and forth from everything,” Moriconi said. “It’s stressful when you have an exam but also have a business deal to focus on. So far I think we have done a good job getting used to balancing things and communicating our schedules to each other.”

Huber said his major helps make his job as video production manager easier to keep track of and helpful to his experience as a student.

“If my major wasn’t the same as what I do for Clever Records I would be a train wreck,” Huber said. “By doing something I am going to school for and for our business only makes me better and will hopefully help the business grow.”

Ricky Williams, an NKU alum and jazz performance major, said Clever Records has helped him get his name out and bring more attention to his own career. He said the studio has also given him several performance opportunities.

“I have had hard projects,” Williams said. “Having a friend that I went to college with that has a high quality studio has made things smooth for me. My videos have been a lot better, and it’s all from the help of these guys.”

Junior theater major Austin Tyler said he was the first to sign into Clever Records label.

He said he wanted to pursue a career in music when he came to NKU, and he met Schmitt through the fraternity Alpha Tau Omega where they created a friendship that would last for years.

“I remember meeting him,” Tyler said. “He came up to me telling me he saw my work on SoundCloud and wanted to help me get out there. I wouldn’t be this far along without them.”

According to Huber, the last six months of being a co-owner of Clever Records has been a trial and error for all of them. He said they have had to toughen up a bit to do the job successfully.

“I’ll be honest it was weird at first.” Huber said. “I can seriously say I have worked with enough artists and met enough people to know what the audience is going to like and not like.”

Moriconi said the three of them will need to have serious thoughts on expanding the studio this winter. He said the past sixth months have been a blast and continues to only get better.

“The fact that they are my best friends make this so much more enjoyable,” Moriconi said. “It’s crazy how much fun we have and the places our studio takes us. I can only hope we continue to make this a full-time career after graduation.”

Schmitt said Clever Records hopes to move downtown this coming year to attract new talent. He wants to have a place for both studio work and live performances, maybe even a coffee shop or bistro.

“We are now at a stage where we need to make a serious business plan,” Schmitt said. “I don’t know where it will go, but I know the three of us will keep working to make it happen. These guys mean a lot to me.” 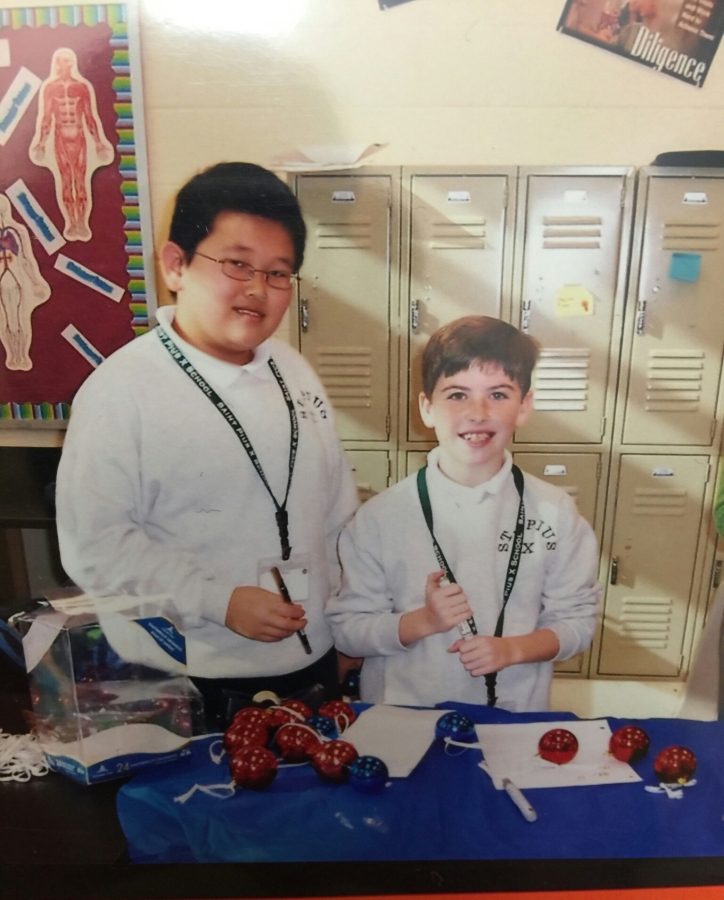 Gallery|7 Photos
Provided by Justin Schmitt
Justin Schmitt, Chase Moriconi and Will Huber (not pictured) grew up together.