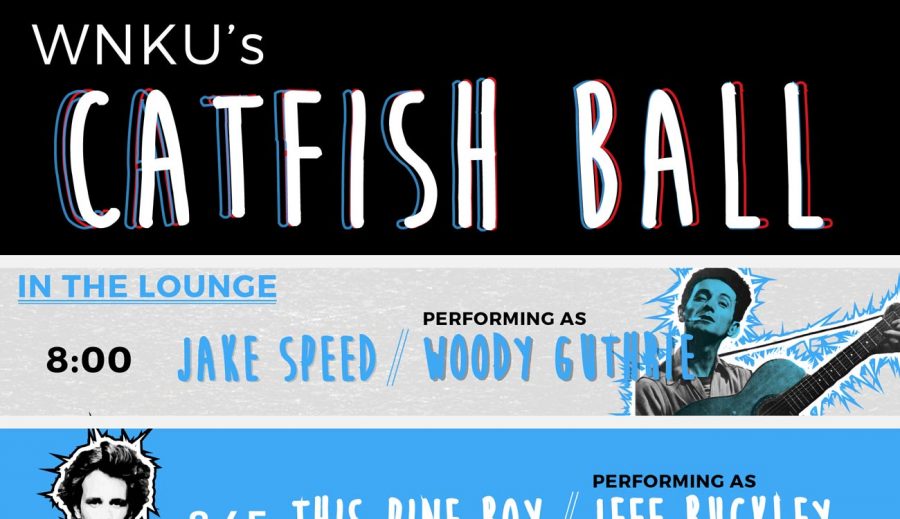 The musical minds at WNKU have gathered eleven of their favorite local artists for a Halloween party at the Southgate House Revival unlike any other concert.

The event, called The Catfish Ball, is named after the term for when a person pretends to be somebody else online, and will take place Oct. 29 at The Southgate House Revival.

All of the bands playing that night are following the catfish theme, and will be performing tribute sets to various other musicians.

According to Christa Zielke, membership manager at WNKU, the WNKU team wanted to honor their legacy in a unique way, because of the deaths of several iconic musicians in the rock and pop industry this year.

“The bands are taking it well beyond a cover,” said Zielke. “They are in costume and they are in character.”

Supporters of the radio station will recognize many of the names on the lineup, since most of them are close friends of the WNKU community. However, there is no guarantee that people will recognize them if they’ve seen them play before, since the performers will be in costume.

Besides the musicians being in costume, the event planners hope that everyone else will pick up on the theme of deceased rockstars or musicians and dress up themselves.

The stage team at IOCONO productions is working extra hard to make sure that this is something more than a typical concert experience.

“We’ve been really fortunate that we have IOCONO helping us out,” said Zielke. “They are professionals that do stuff around the country, and they are really putting a full effort to make this more a tribute show.”

The show is at an old, eerie church that was turned into a concert venue, which adds to the ambience of a Halloween party. It features three different rooms, each with different stages to ensure that there is always music happening.

Justin Barrett of Young Colt, one of the bands performing, said Halloween shows are always fun because you get to be somebody else.

“Not only the band but the crowds as well,” said Barrett. “They get to go out and be somebody they’re not. The crowds always get a little more active on Halloween.“

Barrett plays bass, saxophone and keyboards in Young Colt, a Northern Kentucky based four piece that is performing a tribute to Elvis.

“We picked Elvis because he’s the king of rock.” said Barrett. “Somebody had to do Elvis, and nobody had picked him yet.”

This event is more than just a Halloween party that WNKU is hosting. It represents how far the station has come in the past year and the relationships that they have made with several of the performing bands.

About one year ago, the station made the decision to play one local artist on the air every hour, a decision that many other stations would never even think of making.

Liz Felix, a DJ for the station said the local music piece has been central to WNKU for a long time.

“Now we have to think of how to push it further,” said Felix. “How do we work together with the talent that exists in our community? That’s sort of how this idea came up.”

Several of the bands have been featured as WNKU’s “local discoveries” and with the help of the station. have found an increase in support within the broadcasting area.

“We’re in a community that sets the bar really high in Cincinnati,” said Zielke. “We’re happy and proud to showcase those bands on the stage and on the air. If we don’t, who else on the radio spectrum will?”

All the money raised will go directly to WNKU. The Catfish Ball will cap off their annual fall membership drive, a donation drive that funds nearly all of the station’s annual needs.