Looking back and looking forward: Pokemon makes a comeback 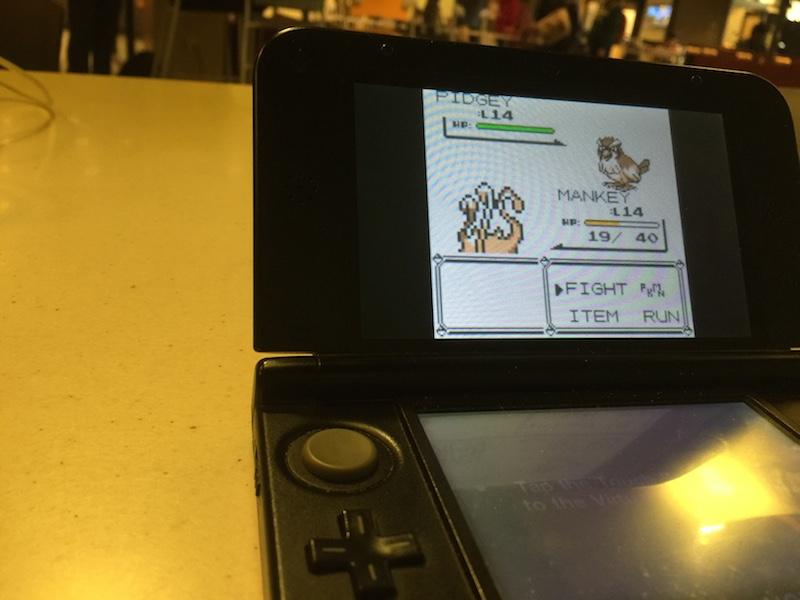 An old Pokemon battle takes place on a 3DS. The retro games will are available for $10.

Pokemon is one of the most recognizable brands in pop culture. Between the various video games, card games, cartoons and movies, Pokemon is a staple of childhood fun.

Many students who were kids when the franchise was starting up still stick with the series to this day.

“I’ve been keeping up with a bunch of information [regarding] Pokemon Sun and Pokemon Moon,” said informatics student Connor Devlin.

Collecting the hundreds of different Pokemon has always been an important facet of the franchise, and as the series progressed, The Pokemon Company has added even more ways to make your Pokemon unique.

“The first shiny Pokemon I ever caught was back in Pokemon Pearl in the Safari Zone,” said Devlin. “Out of nowhere, there was a pink Quagsire! I threw every poke ball I had at him. When I finally caught him, I called him ‘Pinky’. I’ll never forget that.”

Pokemon, like any video game, can be reduced down to data. Despite this, the pet-like bond players have with their Pokemon goes beyond mere 1s and 0s.

“You really care for the Pokemon you raise,” said Devlin.

Pokemon being split into two games often leads to disputes among brothers and sisters on who gets what version.

“I was always jealous of my brother getting Pokemon Silver,” said informatics major Jacob Faris. “It was like, “What, you get two regions? When I finally got HeartGold [years later], I dedicated my life to it.”

To celebrate 20 years of Pokemon, Nintendo and The Pokemon Company have released the original Pokemon Red, Blue and Yellow on the Nintendo 3DS eShop. For $10, players can relive the games that started the phenomenon or try them for the first time.

The first important thing you do in every Pokemon game is picking your starter Pokemon, the Pokemon who symbolizes the first steps of your arduous journey. While some prefer the original starters like Squirtle and Charmander, many prefer newer ones.

“My favorite starter Pokemon has to be Mudkip, I just always loved it,” Devlin said. “Even if his penultimate form isn’t too different, he’s still adorable to me.”

Pokemon might not reach the heights it did in the late 90s and early 2000s, but that certainly doesn’t mean we’ll be seeing these pocket monsters disappear anytime soon.

“I’ll probably get the new game,” said Faris. “I tend to skip around with Pokemon games, it helps keep them fresh in my mind.”

With Pokemon Sun and Pokemon Moon launching later this year, expect trainers young and old to keep on catching ‘em all.