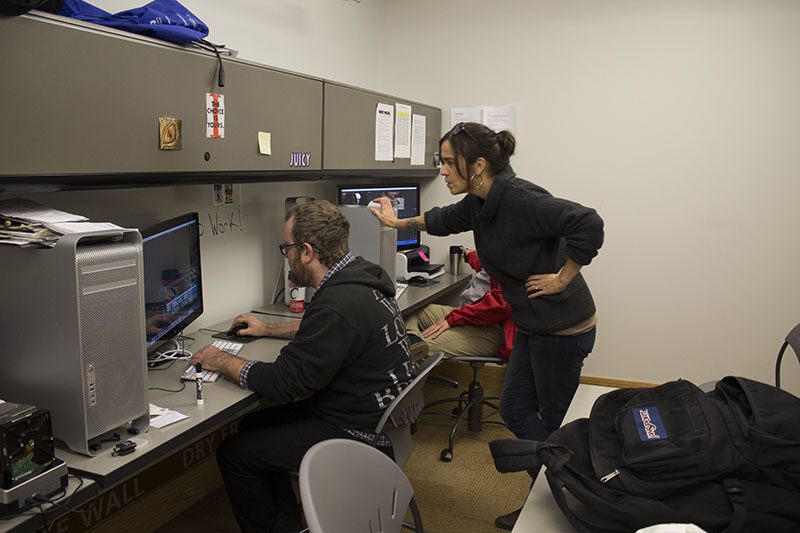 Quiet sobs echoed off of the pale blue walls. In her hotel room, she sat hunched in the desk chair.

Sara Drabik was broken. She was confused and completely out of her element.

She had only been in Thailand for a week, but the undergrad from Ithaca College in New York was already experiencing Thai politics.

Drabik was expecting to be hired as a director for a new media program at one of Thailand’s universities.

She had already been chatting online with a professor, who was explaining the details of the job.

In Drabik’s mind, it was a done deal.

But she did not know that it was the chancellor of the university that would decide her fate. The chancellor did not want to hire Drabik because she was from another country. He wanted to hire someone more culturally aware.

“It had been a long and confusing travel week to get there, with the heat and language,”  Drabik said. “Then this man, in a somewhat of belittling fashion, says, ‘No, you can teach English. You are not going to be the director of this program, be off with you’.”

Devastated, Drabik headed back towards the small hotel that the university had arranged for her to stay in.

“I’m really hungry and very upset, so I go down to the hotel’s kitchen to get some soup,” Drabik said. “I’m sitting there feeling very stunned and I couldn’t communicate with anybody. I constantly felt like they were all staring down and talking about me, completely alienated.”

She was unsure if she could handle the isolation. With a return ticket in her suitcase, Drabik contemplated heading home.

But she didn’t. Drabik was no stranger to stressful situations.

After getting her bachelor’s degree from Ithaca, she stayed in New York for five years. The first few she was freelancing, bartending and waitressing. She even worked as a secretary for a lawyer.

“It was crazy, trying to make ends meet,” Drabik said. “Bartending at Symeon’s was my favorite one, because I met people from all around the world. It’s located by Cornell, which is this huge university that brings in a lot of international folks.”

She started asking her customers their favorite places they had travelled to.

Thailand was the most popular answer; it was beautiful and not too expensive to maintain a living.

A few weeks after talking with the chancellor, Drabik was teaching media literacy. It was not the position she was anticipating, but it was something she was willing to do in order to stay in Thailand.

“It was crazy and it was amazing,” Drabik said. “It was beautiful, difficult, confusing and eye-opening. It was everything. Everything it should be to go put yourself into another culture.”

There was one night in particular where Drabik was overcome with gratitude with her decision to stay.

After participating in a Thai ceremony for the full moon, Drabik’s friends, still full of excitement, sprinted from the beach and dove into the black ocean. The perfectly still water comes to life, with splashing and ripples, but that wasn’t even the best part.

Once their vitality faded, Drabik and her friends swam quietly and floated along the waves.

“The moon was so bright and the water was so clear,” Drabik said. “You could see all the way down to the bottom. I could see these little silvery fish reflecting the moonlight, swimming by. I looked around and thought, what if I would have left, gotten too scared because things got too hard, once. Things are going to be hard in your life everywhere go, if you don’t get past that you will miss out on the really good stuff later.”

And in that moment, in the middle of Thailand, Drabik found her calling to travel and teach.

Growing up, in small town Batesville, Indiana, dreaming of faraway lands, Drabik wanted to be a photographer for National Geographic.

“I just remember seeing all the images and thinking to myself I want to go to those places,” Drabik said. “I always wanted to see something new and go someplace different. Photography was cool so that seemed like a good way to go explore the world.”

London, Mexico, Scotland, Edinburgh, Guatemala, South Africa and Sri Lanka are the places she has explored. But Drabik wants her small traveling list to be much larger. Drabik wants her next destination to be South America. She was working on expanding her list, passing through Cincinnati to go to Los Angeles and out west when she came across a small community media center.

Media Bridges ran the cable access stations in Cincinnati and offered free classes to anyone in the city along with free access to equipment to make media.

While freelancing, she worked on getting certified at Media Bridges and started making her own creative content.

“I started to fall in love with the organization and what they did,” Drabik said. “At the same time, working in commercial production, I was getting really burned out, really fast.”

Media Bridges had an opening within the education staff to teach the classes Drabik was taking. She was immediately interested.

“I said I could do that, I’ve got my bachelor’s in this and been doing this for a long time, I could teach people media production,” Drabik said.

She quit freelancing full-time, and she started teaching. After teaching classes for five years, she was promoted to education director. In that position, Drabik was the head of the education department.

“That’s when I was like, ‘I’m in, this is so rewarding’,” Drabik said. “We worked with so many different people, and I loved them.”

She wanted to expand upon her passion for teaching, so she decided to get her master’s at NKU.

Just a passer-by of Cincinnati, Drabik is now Director of NorseMedia at NKU and one of the professors that lead the trips with the Study Abroad Program.

Emily Fields, a junior majoring in marketing, is very impressed with Drabik’s skills. Fields said she enjoys being around her because of her peaceful attitude.

Fields heard from a few of her friends that Drabik was a “chill” professor, so she enrolled in her media literacy class. After the first day, she knew that Drabik was going to be one of her favorite teachers at NKU.

“Sara has this fun-loving attitude towards life,” Fields said. “She’s an amazing professor and I find myself trying to follow in her footsteps with life and wanting to travel to other places, because, I learned from her, that it is really important to see other cultures.”

NKU’s study abroad program went to Sri Lanka last fall, where they took part in a home stay in a tiny remote village.

The first night in Sri Lanka, students journeyed into the pitch black jungle towards small  houses.

“Everyone was terrified. They were like ‘oh my god, I don’t know if I can do this’,” Drabik said. “The first night is always the most difficult. Once they got past that initial culture shock, they all went with the flow and figured out a way to communicate, rather it was with charades or notes, and made connections with people.”

Amber Watkins, a junior majoring in graphic design, is interested in attending a study abroad trip since hearing about Drabik’s passion for traveling.

“Professor Drabik has inspired me to go on one of these trips,” Watkins said. “Once she talked about the study abroad program in class, I was hooked. It just seems like an opportunity to make an impact on other cultures community and it would be an eye-opening experience.”

Drabik plans to head to India next December. She will return to South Africa this May with students for study abroad.

She believes that studying abroad is about more than students branching out.  For Drabik, a vital part of education is to become a global citizen by experiencing other parts of the world.

“Every time you go, it’s like you’re gradually taking off blinders,” Drabik said. “You can read about, look it up online, watch documentaries, but none of that compares to actually being there and meeting people and talking to them face to face. The world is a magical place.”