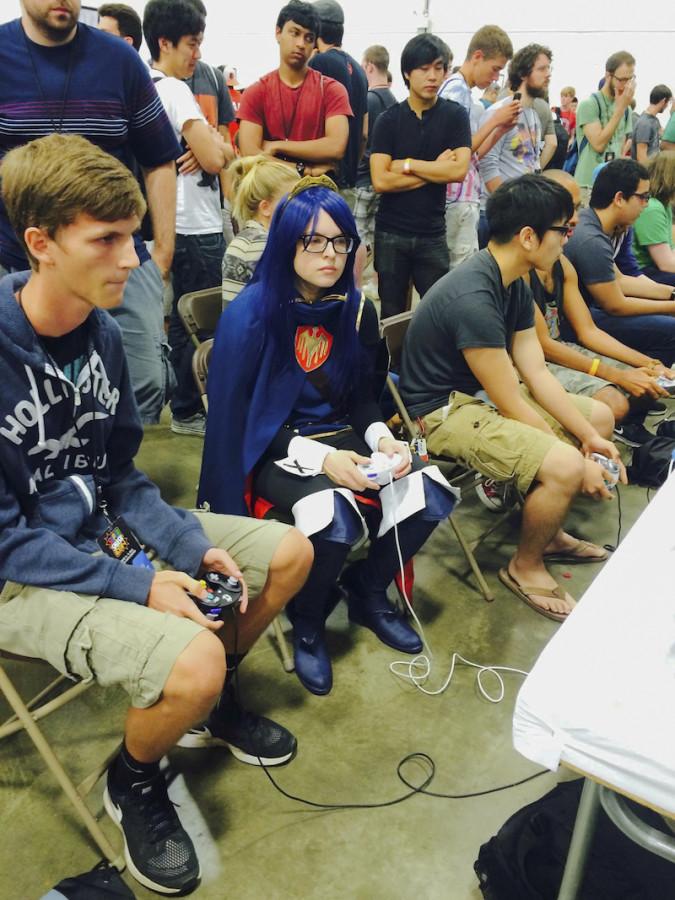 Competition has been an instrumental facet of civilization for thousands of years. There’s an inherent thrill to seeing two opposing forces duke it out, and that sentiment rings true today. It doesn’t matter if its a Roman coliseum, the FIFA World Cup or in the case of NKU student Kassandra Bendekovich, Super Smash Bros.

Thanks to the internet, giving yourself an audience is easier than ever.Through the streaming service Twitch, anyone with a computer and a camera can broadcast their gaming prowess to anyone in the world. The low barrier of entry means that it’s not easy to stand out, something Bendekovich is well aware of.

“I started streaming about 9 months ago or so. I was inspired to stream by many people who I played Smash with, including my boyfriend,” Bendekovich said. “We would watch streams together and he would say ‘You could do this, you play video games all the time, why don’t you try it?’ It was really difficult at first, because I’m extremely shy and self conscious, but I am confident in my ability to play games, so I used that to eventually build up the courage to stream and interact with others.”

The intimate nature of Twitch meshes with the social aspect of multiplayer gaming. “Twitch streams are much more interactive compared to sports,”EMB student Greyson Weirich said. “It’s usually one person that you’re able to [directly talk] to.”

Bendekovich has well over 4,000 followers on Twitch, with daily broadcasts featuring Super Smash Bros. for Wii U and a myriad of classic video games.

“It took me a good amount of time to obtain that many followers, and there were spikes when I was streaming full time. Sometimes I would get 150 a day and other days I’d just get 10,” Bendekovich said.

“It’s a hobby because of school mostly,” Bendekovich said.

Bendekovich is a design major, while also studying Japanese, and knows where her priorities lie.

“During the summer I always stream full time, and I love every second of it,”Bendekovich said. “Maybe someday [it could always be like that] if my stream ever got successful enough, but that’s highly unlikely.”

Outside of playing games, Bendekovich does a fair share of analyzing other people’s fights and play styles through her Twitch channel.

“I talk to people, give insight about their game play, commentate matches and explain why a player does this or that during a match. I joke around and sometimes I give away prizes on my stream in the form of raffles to reward long-time people who subscribe to my channel,” Bendekovich said.

Though Bendekovich has seen quite a few successes through Twitch as a platform, there are still obstacles in her way at times.

“There have been stressful days when I will get trolls, but most of the time I just ignore and ban them from my stream,” Bendekovich said. “It’s difficult trying to communicate with many people at the same time while playing a video game and concentrating, but I find ways to make it work. I don’t think I’ve ever thought of quitting though, I’ve made too many friends and I am always playing video games, so there’s no point in not streaming at this point.”

Her Twitch channel is http://www.twitch.tv/KassandraNova.

Correction: Originally we used the word “subscribers”, but the correct term is “followers”. Bendekovich’s channel has also been added.