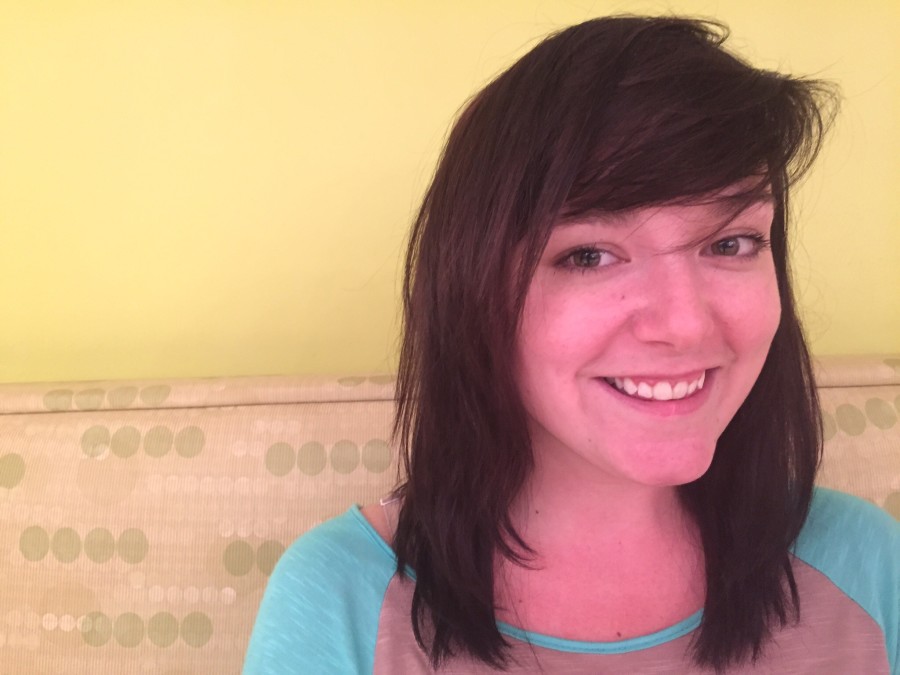 Sheridan Allen offers a listening ear to anyone who needs it. Allen started Punk Talks for DIY bands.

Rock and roll is commonly perceived as a world full of  hardcore musicians who do nothing but party and make music, but what lies beneath the surface of up and coming rockers is a serious strain on the mentality of a person trying to create a band from scratch.

After noticing the strain on forming a rock band, NKU alumni Sheridan Allen began Punk Talks, a program that started online as a way for young bands to find resources to tend to their mental health.

After studying sociology and social work at NKU, Allen found a way to use her majors to help people.

Allen does not identify as a professional counselor, but she still offers a listening ear for bands’ problems and help them find professional help in their area that they can go to. Through this process, Allen’s project has grown and she has made several connections.

From there, she began a new blog for Punk Talks and expanded to social media. The main platform to go to now is the website and Twitter since those are the most active.

“My initial idea for Punk Talks was to offer kind of a safe space for discussion for people in like emo music specifically,” Allen said. “It’s like DIY… Smaller, touring bands.”

Allen noted that she and the bands she helps are hesitant to use the term emo because it had a negative connotation from 2006-2009 when it was more popular. However, Allen said that there is an “emo revival” going on now.

“These emo bands are gaining a lot more traction and because there are now a lot more ways to access music than there were in 2006, they’re just blowing up, becoming a lot more relevant, which is great, but it’s causing a lot more pressure for these kids or these musicians who were not used to that,” Allen said.“That’s what motivated me to do something like this.”

Allen saw how forming a band can cause that mental strain on someone.

“I am not a counselor,” Allen said. “I’m not offering therapy or anything like that… I noticed that there’s a big need in musicians wanting professional therapy and not knowing how to get that or how to start in that process so I do a lot of resource allocation. If they want to see a mental health professional, they’ll tell me where they live and I will find one for them. One that fits their budget or takes their insurance. A lot of them don’t know there are resources out there.”

Allen said that was one of the biggest things she learned in her schooling at NKU is the importance of knowing where to find mental health resources. Some of the bands that she works with are in college and don’t even realize that most colleges offer free counseling to students

Allen doesn’t charge anyone for her help, but she will accept donations.

These bands are experiencing stress from making sales and physical promotions which is why most of them are in need of mental health help. Allen wants bands to understand self-care options and will also do group chats online with bands if there is an internal dispute in the band or if someone in the band needs to talk.

“I’ve just kind of created a space where they can come to be for an unbiased third party to talk about the woes of artistry,” Allen said.

Along the lines of self-care, Allen mentioned the pressure of touring that bands experience.

“It’s a lot of pressure, ” Allen said. “If a band hopes to be successful in any capacity or make any money, they have to be constantly touring and being on the road… It just wears on you.”

Punk Talks’ website is punktalks.bandcamp.com where Allen sells t-shirts, buttons, stickers and music compilations of the bands that she interacts with. The logo on the gear was created by Allen’s friend, Leah Kroeger.

“I didn’t actually do the original logo. I kind of took it and refined it, but I think it’s a good logo for a few reasons,” Kroeger said. “The form is a guitar pick, which is the instant connection to music.”

Kroeger feels that people benefit from Allen’s cause and that she has also experienced the struggle of depression and anxiety.

“In a world with so many mental issues, it’s still such a taboo’d topic to openly express feelings about it,” Kroeger said. “Punk Talks is always working to break down that negative stigma and make the playing field for discussion more leveled.”

A lot of bands have benefited from Punk Talks like Pillow Talk, Microwave and Sorority Noise.These bands are part of the compilation, Silver Linings, that is on the website.

Allen plans to travel more in order to get in touch with more bands that might need some help.

“I will never turn anyone away who needs help,” Allen said.

Allen will take part in a Six@six session on Dec. 3 at Baker Hunt in Covington.