VIDEO: Being involved at NKU: African American Programs and Services 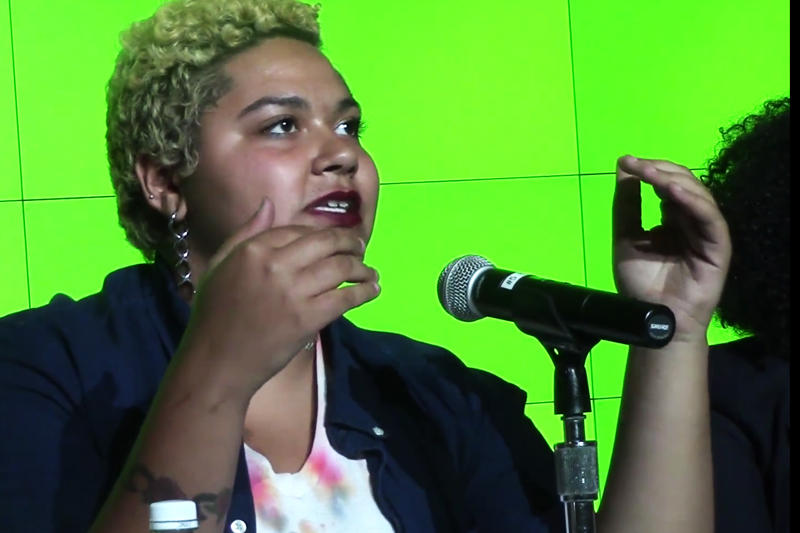 When it comes to engaging with students, African American Programs and Services seems to have a system that works. From Facebook, to Twitter, to flyers hanging around campus, there is no way to miss their upcoming events.

One of their most recent events was the perfect demonstration of this.

Director of AAPS, Tracy Stokes held the event called “Being Black in America” in the Griffin Hall Digitorium on Aug. 27 and afterwards stated that they will do anything to get students involved in their program.

“We want to make sure with the programs that we plan that we’re able to help them achieve their goals, and that we’re educating the students and the community about the contribution of African Americans,” Stokes said. “When I was in school someone assisted me and I think it’s my duty to give back to the community. I’m very passionate about this. ”

The event “Being Black in America” started at 5 p.m. and ended after 2 hours of vigorous conversation between the audience and the six panel members.

Morgan Bell, integrative studies major and panel member, said that it doesn’t take much to get involved in this organization.

“It has a lot to do with students needing to understand that you don’t have to fit inside of a box, and AAPS does a lot to promote inclusivity which is huge,” Bell said.

Bell went on to name one of the many programs the A.A.P.S. provides to its members that she personally loves.

“I really do enjoy and look forward to the Sister Circle Conference because it’s something that we all get to do together and it’s very empowering,” Bell said.

Stokes then expanded on the programs services.

“We also offer programs such as NKU R.O.C.K.S for first year students, we also have Sister Circle to assist young African American women in feeling empowered, we have Black Male initiative,” Stokes said. “And we do Black History month celebrations, really just lots of activities to celebrate African American students for their dreams and accomplishments.”

Assistant professor of economics and audience member, Addullah Al-Bahrani believed that it’s important for students to get involved on campus as well.

“I believe that students should be involved on campus and sadly I’ve come to notice that students are not doing enough of that, it’s just a big part of the education process.” Al-Bahrani said. “One thing that I usually tell to the students is that the classroom is only 20 percent of your education process, and what happens around campus is the remaining 80 percent, so get involved and be a part of the community.”

Al-Bahrani actually heard about African American Programs and Services “Being Black in America” through Twitter.

“I’m a big advocate for social media and using it in the classroom to engage students and have them be a part of that process,” Al-bahrani said. “I think NKU also provides the students a lot of opportunities to get involved and really you just need to show students that they are needed, I think that’s what the campus really needs.”