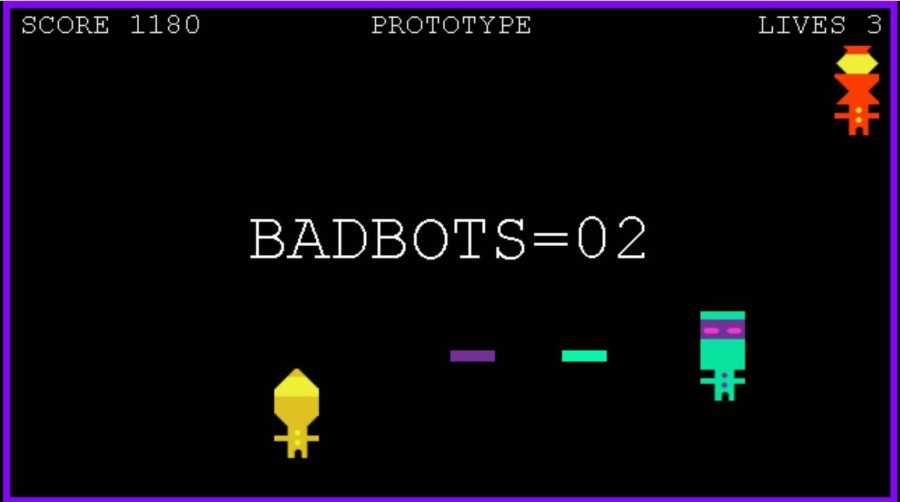 Ryan is a student at NKU who uses his feet to perform daily tasks. One of these is developing video games such as the one he is currently working on called Robo Ricochet.

Ryan plans to implement button remapping, which will allow the user to change the buttons’ abilities in order to adjust to the player’s ability.

For the game, Ryan does not have any funding and no one else is helping him on this project. This is his own project and he is responsible for his own development, he said.

“I’m gonna do this on my own dime. I really need something cool in my portfolio and this is gonna be it,” Ryan said. “This is me. I am not working with anybody else… this is solely a me project. If I do put it on Steam or Wii U, I will be paying my dime.”

The game’s design is simple and doesn’t contain a storyline of any kind.

“What I’ve noticed and what I’ve been reading is that people who want to be game developers, they never finish their games,” Ryan said. “I looked into it a bit more and their scope was just way too ambitious. I mean, they were trying to do things that were crazy awesome. Honestly, I was just like, ‘Let’s cut it back, let me just publish an ‘80s arcade game.’ Basically my inspiration was, I think this is simple enough to make it mechanically awesome and still put a lot of time and effort into it.”

There is no end and the player just has to get a high score, trying to best their previous score. The design is a blue character fighting “badbots.” The player can shoot using small bullet-like attacks. It takes about four hits to kill an enemy.

However, there is an option to use a disk, which is where the ricochet part comes in. Bouncing the disk off multiple walls before hitting an enemy will give the player more points. The disk is an instant kill on an enemy.

Ryan said that he feels that because of his disability, he was more encouraged to add those specific features.

“I’m definitely passionate because of my disability,” Ryan said. “I feel like, regardless, I would come around as a game developer and I wasn’t disabled. But being disabled, absolutely, because it is so frustrating when I pick up a game and the buttons are just in a layout I can’t use properly.”

Ryan has played video games for awhile and wanted people to not feel that same frustration. He said that people sometimes have to rig up something to help use buttons like in order to play certain games. The first game that he found with some of those features that allowed him to play was the 1994 video game Super Metroid.

One of his friends, junior Jake Beatrice, noted Ryan’s development with video games and other developments.

“Every time I would come home, like back to the dorm, I’d see him on the computer doing something new or learning a new ability, which is something I’m envious of,” Beatrice said. “Like one time, he was like, ‘Oh, I learned how to do pixel art, I learned how to make these sprites.’ It was so impressive. That’s something I’ve always wanted to do… and he just does it with no problem.”

Other than school and developing video games, Ryan also works at the Center for Applied Informatics here on campus.

“I think it’s really cool. I really like the aesthetic,” Huebner said. “The little bots… beating them up using the disk.”

Huebner also noted that he liked that the color design helps with colorblindness. The colors of the enemies are warm colors while the player uses cool colors.

Ryan also had a YouTube channel for a while called OnlyUseMeFeet where he filmed himself playing various video games only using his feet.

“I hope it just has a little dedicated community. I don’t really care about how many people play it,” Ryan said. “As long as there is one person out there playing it and trying to get a really good score on it… if just one person just does that, I’ll be happy.”