Student learns to heal through music 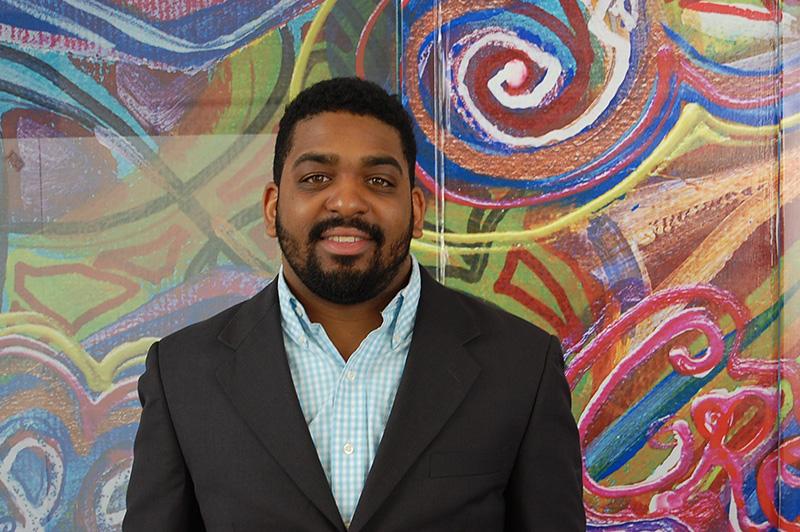 Quintin Bonds sang a classical piece and a spiritual piece in the Kentucky Association of Negro Musicians annual competition.

Freshman Quintin Bonds grew up in Louisville singing in church, but it would soon become his next passion after being forced to cut football career short. This passion helped him win 3rd place in the Kentucky Association of Negro Musicians annual competition in early February.

“I had gotten into high school and in my freshman year I was walking in the hallway and walked past the chorus class,” Bonds said.

Three days after high school had started his counselor got him into the chorus class and Bonds began to learn the different styles of singing. Bonds said he started to understand the difference between singing and classical singing with the help of his teacher Michael Bowden.  He began to see the storytelling aspect of classical singing.

“Junior year is when it happened. It clicked,” Bonds said. “This is what I’m here for.”

The end of his football career

His eighth grade year Bonds hit someone in the air and landed on their cleats when he fell during his Middletown Eagles playoff game to compete in the championship.

After finding blood in his urine later that day, he was taken to the hospital and given news that would change his young life.

“Then the doctors told me I could no longer play football, and to me or any other young boy, football or basketball or whatever sport it is you think its life and there’s nothing you can do after your life has been taken away,” Bonds said. “But it seems like God had another plan for me.”

Bonds had lacerated his liver. After being born with a non-working kidney, the doctors told him this injury had ended his football aspirations.

Bonds had originally wanted to attend the University of Kentucky to study with vocal coach Everett McCorvey, but ended up attending NKU since he didn’t have the grades to get a full scholarship at UK, he said.

However, he began studying with new staff member and assistant professor of voice Jason Vest once he arrived here. Vest was a student of McCorvey who brought his own style to McCorvey’s approach, Bonds said.

“Here at NKU, God had blessed me with the understanding that it’s not all about who you are studying with. It’s about how you work,” Bonds said.

Vest started working with Bonds last August in one hour lessons as part of his degree.

“He came in with this just amazing raw talent,” Vest said.

Vest said that now it is a matter of adding the polish to his skills.

“He’s got the ability to sing a variety of styles. Classical, R&B, you know gospel, you know jazz,” Pennington said. “That takes ability to go from style to style very easily.”

Preparing for the Competition

Bonds competed in the Kentucky Association of Negro Musicians’ Black History Month contest last year as a senior in high school and won second place in that division.

Vest and Bonds started planning in mid January for this event.

“I had remembered hearing a certain tune in my head,” Bonds said. “I was humming it to Dr. Vest and he was like ‘I think I know what tune you’re listening to’.”

The tune was a spiritual called “Give me Jesus,” arranged by Moses Hogan. It is sung in a lot of Baptist and Pentecostal churches, Bond said. The two searched for a book on eBay and had it delivered in two days.

“When I finally heard it I was like ‘Oh, I have to sing this,” Bonds said. “It has a high b flat on it. I’m a tenor so I go for those crazy high notes. I knew that that was the one.”

Vest agreed with him.

“It showed off his ability to sing high notes like I don’t believe many freshmen are able to,” Vest said.

He also sang Francesco Paolo Tosti’s “Non’t’amo piu,” which he felt was more difficult to sing because of the subject matter being about a woman who has wronged a man. However, Bonds was into the challenge.

Vest said the song showed off how beautiful Bonds’ voice is.

“I told him [Vest] that I’m really willing to step on board and be something that people don’t see in a freshman,” Bonds said.

More than just a freshman

“Since August he’s grown a lot,” Vest said. “He knew what he wanted to do for his career and he knew that it was going to take work to get there. He’s done a really good job so far.”

He wants to sing pieces others may not expect a freshman to attempt.

“I think high school, like I said for me, I went through that time where I didn’t know exactly what I wanted to do,” Bonds said. “So for a person like me if I was introduced to it a little bit earlier or given career options or what this career consisted of I may have picked it a little earlier.”

He believes that music can make a difference in people’s lives. “Music heals a lot of things you know,” Bonds said

“Music touches the heart and so for a child who comes into a class feeling down that music is going to be what may change the child’s life.”