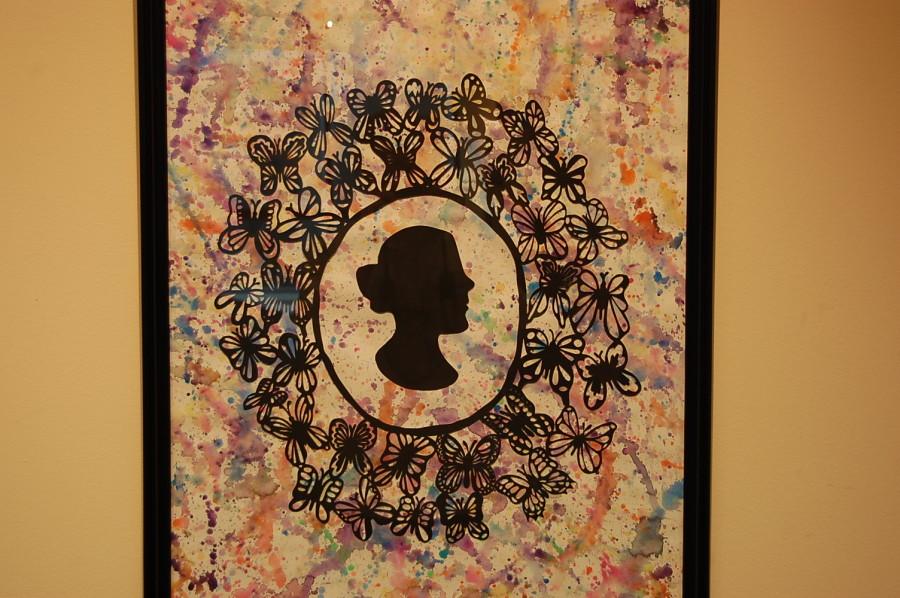 “It really started in ‘94 with an art student who was in my Moby Dick class,” Robert Wallace, regents professor of English, said. “He said, ‘You know I’m an art major. Could I do a painting instead of a research paper as my response to Moby Dick?’”

That student turned in two great works said Wallace, who has been with the university since 1972.  Since then he has offered that alternative to all of his upper division literature classes. Wallace has collected and borrowed a number of these works to fill the exhibit of student art, which the rest of the festival is built around.

“Some people are great at cranking out research papers and others think in different ways,” Wallace said. “So you get people who are quiet the whole semester who really shine when they have the option to make something with their hands.”

Even though most of the students in those classes weren’t art majors they still turned in terrific work Wallace felt.

“We’ve got 40 students in this show and I think three are art majors,” Wallace said. “The other 37 are not and many of them have never made art before.”

Emily Dickinson and Shakespeare are the best poets in the English language Wallace believes, although he didn’t become interested in her work until he started teaching.

“She’s just an incredibly brilliant writer who’s really become appreciated in the last 30 or 40 years,” Wallace said. “Her insights and ways of expression just really speak to the kind of fractured open ended world we live in.”

The event starts on Thursday with French printmaker Clair Illouz and NKU alumni Kathleen Piercefield presenting new art they made inspired by Dickinson at 7:30 p.m. in the Eva G. Farris Reading Room.

Friday there will be an exhibition walk with the student artists from 4:30 p.m. to 6 p.m. to be followed by a musical performance. Kimberly Gelbwasser, new music faculty staff member, will be performing songs inspired by Dickinson’s poetry with Ingrid Keller on piano. The compositions will include 12 Aaron Copeland songs, five from Jake Heggie, and three from NKU music department chair Kurt Sander.

Dickinson’s complete poems will be read on Friday and Saturday from 9 p.m. to 4:30 p.m. in the reading room. A tea party with dishes inspired by Dickinson’s own recipes will be served on Saturday to finish the festival at 6 p.m.. More information can be found at dickinson.nku.edu.