A night of fun at the Homecoming Gala 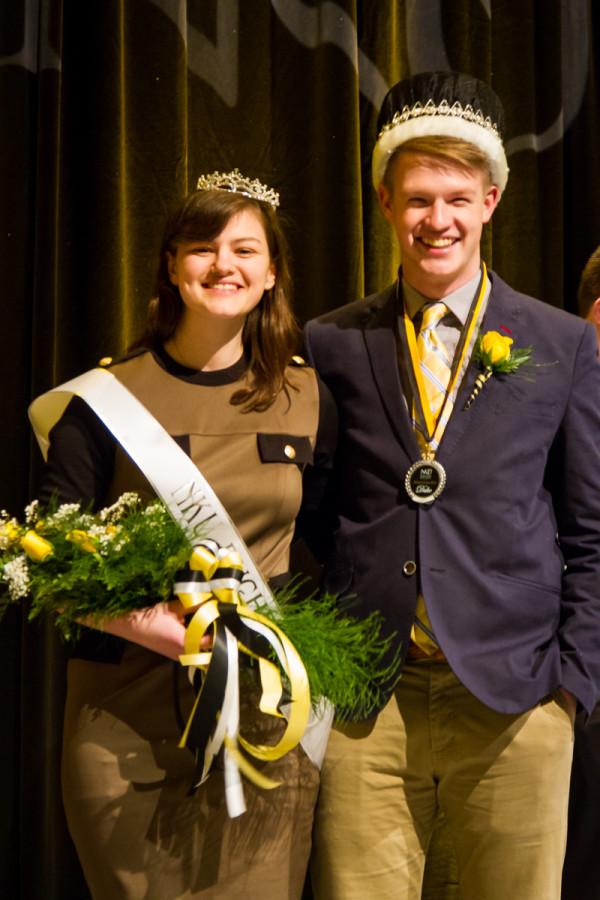 One of the highlights of homecoming week is the Homecoming Gala and this year’s event didn’t disappoint.

This year’s homecoming theme is “Norse Jam”  and as Director of Homecoming Natalia Weekly said at the event, the “2015 theme reflects on not giving up on the progress NKU has made in these past years.”

“In the words of Kid President,” Weekly said, “In high school, what if Michael Jordan had quit if he didn’t make the basketball team? He would have never made ‘Space Jam’… what would you create that would make the world awesome?”

Weekly then said, “It takes all of us to show how amazing Northern Kentucky University is, so everyone get up! It’s time to Norse up now!”

Seeing everyone dressed up and having a good time and enjoying the Asian buffet dinner, Weekly felt the evening was a huge success.

“I am so ecstatic with how it went,” Weekly said. “Especially because we weren’t at the Madison so I thought people would kind of be hesitant about going and how nice the Madison is, but we really turned this place around.”

The highlight of the evening was the crowning of this year’s homecoming Duke and Duchess, freshmen Emmett Kresslein and Elizabeth Gieske.

“I don’t even have words,” media informatics major Gieske said. “Girls like me don’t usually win things like this… I don’t know what to say.”

Gieske was truly shocked when her name was called and you could see the surprise on her face.

“In high school, I was always the overlooked kid. Everyone knew me but I wasn’t acknowledged so this is completely new for me,” Gieske said. “I’m starting a new chapter at NKU.”

“I’m ecstatic,” Kresslein said. “I’m really proud to be able to represent not only Leadership Mentors who nominated me, but also Alpha Tau Omega, my fraternity and Freshman Service Leadership Committee, another organization I’m involved in, so I’m really happy that I was chosen to represent the university in this manner. It’s really an honor.”

From here, Kresslein hopes to continue being involved on campus as much as possible.

“That’s probably my favorite part of my first year so far,” Kresslein said. “Just how involved I’ve been and all the different people I’ve gotten to meet. That’s definitely something I’m going to continue here.”

Gieske also said she hopes to continue being involved on campus as well as give back.“Once I get older, I’ll hopefully have the same impact on… incoming freshman, that sophomores, juniors and seniors had on me,” Gieske said.