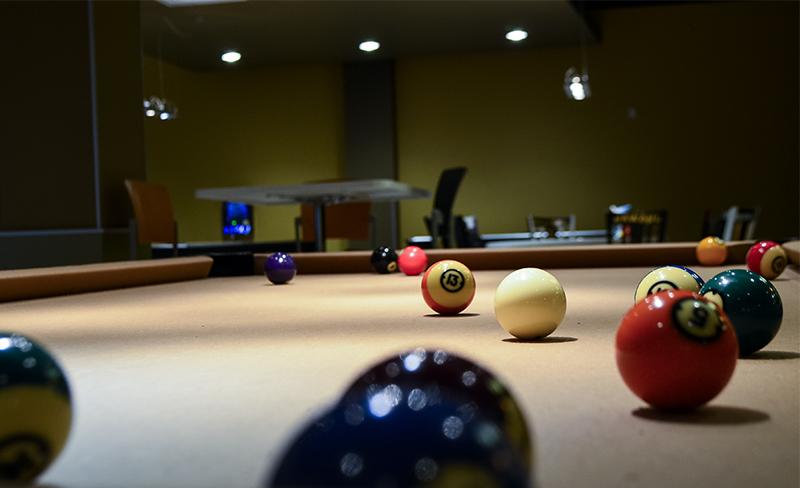 A pool table in the game room. While pool is the most popular game, students have the choice to play a variety of Wii, Playstation 3 and Xbox 360 too.

New video game consoles are in full force, however adding these new pieces of technology to NKU’s Game Room is not as simple as it may seem. The Game Room currently has multiple Playstation 3’s, XBOX 360’s, and Wiis already in its library.

“The Wii U will be our first experiment [with new consoles],” said Chris Tambling, associate director of Student Union and conference management, who confirmed the new console would come to the Game Room by the end of September.

The Wii U is the only new console that can play older games, specifically Wii games.

“I could go spend $400 on a new console, but then I’d have to buy all the new games,” Tambling said.

The Wii U is expected to arrive by the end of September, shortly before Super Smash Bros. release.

Both PlayStation 4 and Xbox One lack the ability to play older games.

Tambling now deals with GameStop to trade in old games so that new ones can be purchased. However, some games lose their value at an accelerated rate; when a new Madden football game comes out, the old version substantially loses its value.

As the new consoles are circled in, new televisions are required.  Last year, new televisions were implemented, but with mixed results. Older systems like the Wii do not run properly on brand new TVs, an issue that was partially fixed by calibrating the systems, said Game Room employee Christian Ortiz.

“The Game Room will hold out on Xbox One and PlayStation 4 because neither systems have a wide selection of games fit for the Game Room,” said Ortiz.

Although the consoles are popular, none of them are as popular as pool. Tamblin estimates that if you were to combine the profits from every console, it would be about even to what they make off of the two pool tables available.

“Pool is still my biggest seller. It’s available to the casual player – you aren’t seeing a lot of pool sharks over there. You can stop in and play for half an hour before class.” Tambling said. It’s easier for the Game Room to maintain games like pool and air hockey largely because there are not as many pieces to keep track of, and they do not require upgrades in equipment.