A journey of ‘100 Voices’ allows youths to tell their story 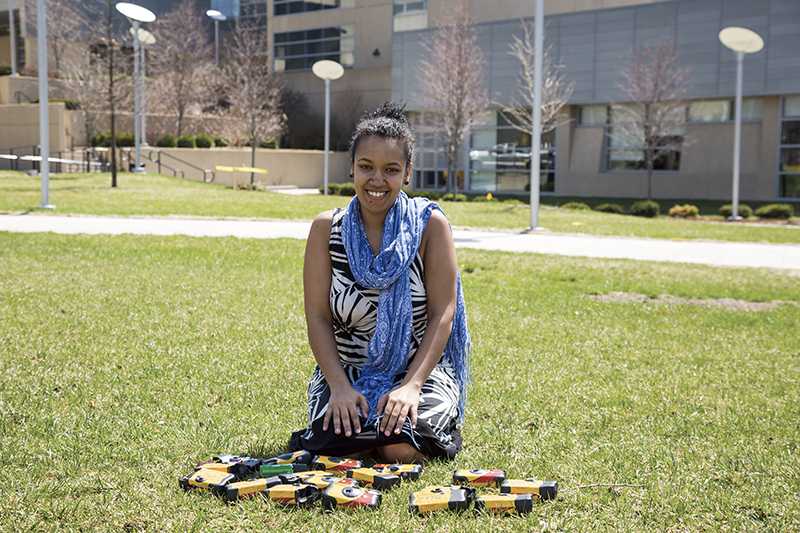 Senior studio arts major Lwam Eyassu with some of the disposable cameras used for her 100 Voices project.

First, there was a pressing deadline, a sprint to deliver papers and a small car accident. Then, there were barely caught flights, long security checks and lost luggage.

Finally, there were exhibitions in Cincinnati and Columbus, press interviews and the opportunity to showcase her work at NKU’s upcoming Celebration of Research and Creativity.

Since its first conception, the 100 Voices/Dimtsi project has come a long way. 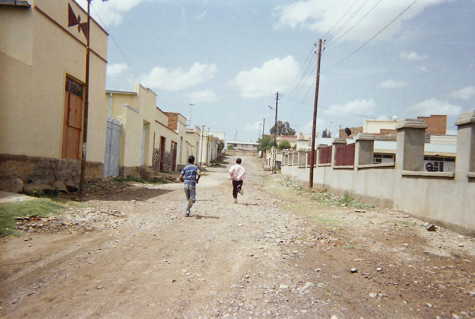 A collection of photographs captured by Eritrean (East Africa) youth, the 100 Voices/Dimtsi project has gained momentum in recent months and has fostered connections around the world, from London to Japan.

“I see it as my baby,” said NKU senior studio arts major Lwam Eyassu. As a first-generation American, Eyassu was inspired to carry out the project as she was planning her first trip back to her family’s birthplace in the summer of 2013, Eritrea, after 11 years.

“I wanted to do more with my time versus just treating it like a vacation,” she said. Using this as momentum, Eyassu began working on her plan. Her finalized proposal included the delivery of 100 disposable cameras as well as various art supplies to Eritrean youth.

Though Eyassu funded her own trip back to Eritrea, her project received extra help from NKU. Under the guidance and support of Marty Meersman, a visual arts professor at NKU, Eyassu applied for and received the Student Undergraduate Research Fellowship. The Fellowship consisted of a $3,200 stipend as well as $500 for materials used.

The application process was not easy. Eyassu learned about the opportunity about a week before the finished materials were due, and scurried during spring break 2013 to get her proposal together. She handed her materials in five minutes before the deadlines closed, and during the frenzy was involved in a non-injury car accident.

“I knew Lwam had something different about her than other students her age,” Meersman said, applauding her dedication and hard work. Meersman was one of Eyassu’s first professors when she transferred from Cincinnati State two years ago.

After the approval of the project, Eyassu prepared to leave for Eritrea. Because of strict airline rules regarding the safety and security surrounding camera film, Eyassu was only able to leave the country with about 75 disposable cameras, all that could fit in a carry-on bag. Each camera had to be individually scanned at all stops, causing long lines and multiple close calls when it came to departure times.

Eyassu arrived in Eritrea in May 2013, and immediately started her work. Throughout her time there, she visited three separate cities: Asmara, Keren and Massawa. 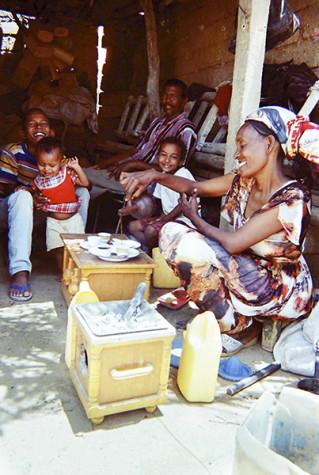 Asmara, the capital, is a very urban and westernized setting with many privileged children. Because of this reason, many did not understand how to operate a disposable camera, because they were use to technological advances such as iPhones and digital cameras, Eyassu said.

Keren, a rural area, is full of children that have not heard of cameras or seen one in their lives. Though they took a bit longer to grasp the concept and understand how to operate the cameras, they revered the process and the time it took. Some spent hours working on capturing about ten pictures.

Massawa, a third city, was a blend of the lifestyles in Asmara and Keren.

The children involved in the project ranged from four-year-olds to 19-year-olds.

Eyassu was able to contact and reach out to these children with the help of National Union of Eritrean Youth and Students. This group offered the opportunity to the children of the respective areas, and passed on the information on Eyassu’s arrival. She then presented a short orientation to the project and their role in its completion. With that, they were able to take pictures.

Before the end of her trip, Eyassu also visited an orphanage to deliver art supplies. There she helped children paint and express their creativity with materials that are not readily available for those in their situation.

Because of Eritrean’s private philosophy and government, Eyassu processed all of the film within the country borders. The original images were then stowed away in Eyassu’s luggage.

On her flight home, Eyassu’s luggage was lost. Two large suitcases full of the original images, letters and paintings from the children have still yet to be found, and looks as if they never will.

“What saved the project was one CD with scanned images, and that’s it,” Eyassu commented, breathing a sigh of relief for her forethought.

When sifting through the almost 1,000 pictures saved to that CD, Eyassu found that family life, soccer and social life were three of the most captured categories. She used these groupings as starting points during her three month curation to form an exhibition, which was showcased at the Clifton Cultural Arts Center this January.

Her second exhibition in Columbus at the Upper Cup Coffee House ran from Feb. 8 to March 22.

“I think art is a great tool to use to connect cultures,” she explained.

With the help of advocates in London, and donors from all over the world, Eyassu hopes for the project to expand. She is working on building a team of members who share her passion and vision, and can help carry out her five and 10 year plans.

Meersman expressed his pride for Eyassu and what she accomplished with this project. “You can’t really quantify what you learn from something like this,” Meersman concluded the discussion. 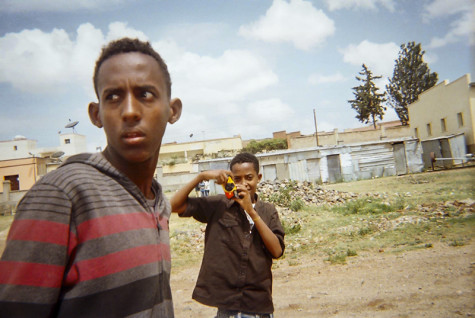 Eyassu remained humbled as Meersman expressed his pride. She reiterated, “ I don’t want the focus on myself because it’s not about me. It’s about the youth and their photography.”

Eyassu made sure that the importance of the project was understood, “One thing I learned for sure is that it’s possible to do anything you want,” she said. “If you have any type of idea that you want to bring to fruition, don’t be scared to share your ideas with people. Don’t hold yourself back.”