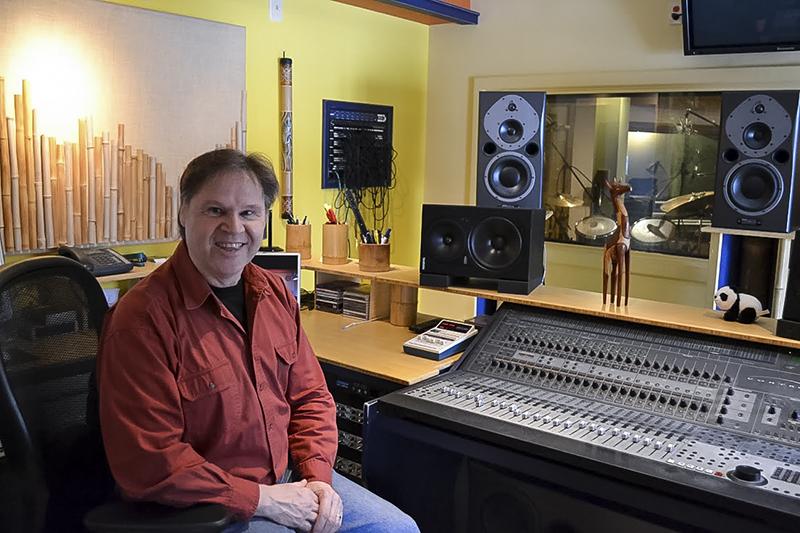 Most audio electronic media and broadcasting majors at NKU dream of working with musical artists in the caliber of David Bowie, Van Halen and Metallica. For students in Jon Brennan’s Advanced Audio Production class, they will be learning the techniques and professionalism these musicians expect from personnel in the studio, from a man who has worked first hand with these rock legends and more.

Erwin Musper, who is most famous for his work as a sound engineer on Def Leppard’s Hysteria, first became interested in making the move from Los Angeles to Northern Kentucky when he decided he wanted build his own music studio in 2002.

Due to the money he saved by relocating to Ky., Musper said he was able to outfit his studio with the best in high-end instruments, microphones and audio equipment.

Since opening its doors in 2004, The Bamboo Room has recorded with 45 local bands, and several well-known international bands, including The Scorpions.

In 2007, Jon Brennan, a part-time faculty member for NKU, contacted Musper about sitting in on audio production classes with NKU students.

“I asked [Brennan] to work with me on one of the concerts that I produced,” Musper said. “A few years later, he became a professor here at NKU and he called me.”

Brennan said Musper’s guidance in his class has been an essential learning experience for students.

“The students have loved having him,” Brennan said. “He teaches them to really listen to the instrument they are recording.”

Although Musper has been missing from recent classes due to being snowed in by winter storms, Brennan said that he has always been enthusiastic about participating in the student production sessions.

“Last year he was here every class period,” Brennan said. “He loves the aspect of volunteering and sharing his time.”

Musper hopes that the students he works with will take away more than just technical aspects of audio production, including the preparation and communication skills necessary to work with musicians and their egos.

“In a band there is always a dominant one,” Musper said. “You have to make sure everyone is still alive after the production.”

Musper also stresses that it is necessary for student producers to spend time with bands, and screen their talents before booking them for studio time.

“People underestimate, or have a bigger ego than their talent,” Musper said. “It all falls apart here, in the studio. You cannot fake being brilliant if you are not.”

After working with Musper in the studio and in class, Brennan attributes much of Musper’s mainstream success with his attitude in the studio.

“The thing I love about Erwin is he is a really laid back personality, and he has absolutely no ego,” Brennan said. “He is a very big presence in the room, even when he’s not talking.”

Brennan said when Erwin discusses major artists he has worked with, like Def Leppard, it seems like he’s talking about a local band.

“He talks about David Bowie as if he were a friend,” Brennan said. “He just treats them like an ordinary person.”

Although Musper is working with students this semester, he has made plans to retire from his 40-plus year careers in audio production, and sell his home/studio.

The Bamboo Room is currently up for sale by Sibcy Cline Realtors.