Student’s apps reach out to the world’s unlikeliest corners 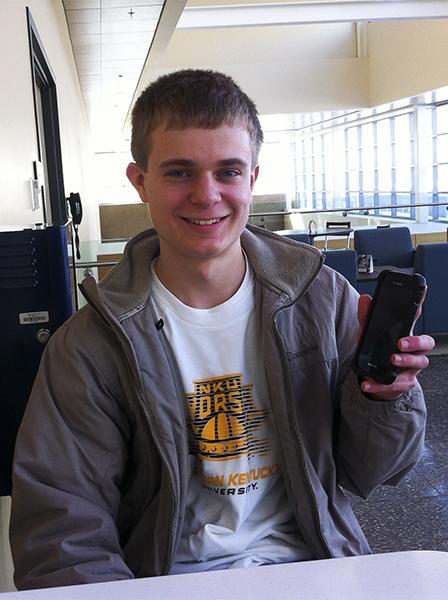 Jansen has created three apps and has a fourth in development.

Australia, Malaysia and the Philippines are not locations that most would imagine information created by a college freshman to be viewed. However, freshman Shane Jansen and his company sjjapps have created apps for Android and IOS devices that have been viewed in those countries and more.

According to Jansen, his app “Pregnancy-Week by Week” has over 7,000 installs. It has been installed in the United States, United Kingdom, India, Canada, Malaysia, the Philippines, South Africa and the Netherlands, in order from most installs to least.

The idea for the app was suggested by his mother and gives weekly updates on the development of your baby.

“You type in your due date when you first open the app and each week it sends you a push notification telling you that it’s a new week and you can view what’s happening during that week,” Jansen said.

There are pictures corresponding with each week to show the various stages of a fetus’ development.

Jansen’s more recent app, “Match It” has been installed over 300 times. The idea for this app was suggested to him by his friend and neighbor Jonathan Meyer. The idea came after talking about another application called “Llama or Duck,” according to Meyer.

“Match It” is a reaction game where the player clicks on the picture that matches the picture located on the bottom of the screen.

“You only get a second to make the choice,” Jansen said. “You have to see how many you can get in a row without messing up.”

“This was actually a project I did last semester for my literature class,” Jansen said.

This application allows you to read the book “Sir Gawain and the Green Knight”, listen to the it, bookmark your spot, and take quizzes over the material. It was designed as his final project with his other group member’s assistance for an ENG 200 class taught by Tamara O’Callaghan.

O’Callaghan said this ENG 200 class was paired with INF 128 as a collaborative course. The project was for students to design an app on paper that would be viewed by the type of audience they defined. O’Callaghan said Jansen’s group went beyond the project and actually created what they proposed.

Jansen got interested in designing apps after taking a Java class for language programming his junior year in high school.He then started looking into Android and saw that it was written in Java. Just this past year, he started working with IOS and putting his apps in that store.

“He started with intermediate computer classes and moved up from there,” Meyer said.

Jansen and sjjapps have a few projects in the works. Amongst a couple of 3D games, he has also been working on an app for WNKU with the Center for Applied Informatics (CAI) for the last couple months. While streaming the station, the application will tell users the name of the song that is playing and show them the album cover. Users can also see all the recent songs they’ve listened to and mark favorites. There will even be a link to buy them on Amazon, Jansen explained.

“I still need to get my name out there,” Jansen said.  “I don’t have a whole lot of content yet. Hopefully, I can make a lot more apps.”

More information and links to these apps can be found at www.sjjapps.com.