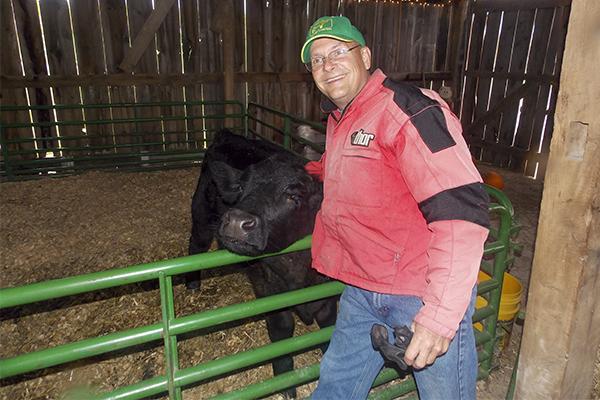 Across Northern Kentucky, family-run farms provide an opportunity for some fall fun with activities from corn mazes, pumpkin picking, animal encounters and much more.

Listed below are three local family farms that promise reasonably priced fall fun for people of all ages.

The first thing visitors to this fourth-generation family farm will notice is the warm and welcoming smiles that greet them.

Mary Marcum, the farm’s current owner, has lived her entire life on the farm. Her grandfather came to Walton, Kentucky in 1941 when her father, who is now 81, was 10 years old.

Cody Moore, 18, who works on the farm and has become another member of Marcum’s family, said the best thing about working there is that interaction with kids and seeing them get excited about the animals and the farm.

“It’s something you have to experience,” Moore said. “It’s so much fun watching these kids learn about agriculture.”

Marcum’s son, Jarred, and Moore are the next generation preparing to take over the farm, and Moore said that it’s great seeing the interaction between families.

Another great aspect of the farm is Mary’s commitment to sharing the experience with the next generation, regardless of their situation.

The family does a haunted farmhouse ever year and the money raised helps to pay for the school buses to bring inner-city kids to the farm.

Kaitlyn Kirby, 9, who was with the Girl Scout troop working on their bee badge, said she liked learning you could rock a chicken to sleep and seeing all the other animals on the farm.

“We got to sheer the sheep,” Kaitlyn said. “This is like the greatest place in the world.”

Stuart Ferguson is currently the fifth-generation co-owner of this Union, Kentucky farm. He and his son Ian raise beef during the year and then open the farm to the public during the fall.

Ferguson’s infectious smile makes everyone feel welcome and it’s immediately evident how passionate he is about his animals.

Along with a small 25 cow herd, Farm Haven has llamas, a donkey, a single-pin log house and a 5-acre corn maze, Ferguson said.

Ferguson said the corn maze started with a partnership with the YMCA in 2002 where Ferguson made the maze and the YMCA managed the tickets and the pair split the profits.

Now, Ferguson runs the corn maze, added a pumpkin patch and a hay ride where each rider receives an ear of corn to hand-feed to the farm’s cows, which is Ferguson’s favorite thing.

“The kids’ faces light up when the cows are running to them,” Ferguson said and often, the cows are just as excited as the kids.

Ferguson said he once experimented with a haunted corn maze but didn’t like scaring the kids but even without the scary stuff, the corn maze is still a treat.

Ferguson said he does try and plot out part of the maze with string and sticks but the rest of the maze is just free hand.

“It’s sort of a canvas and you say, ‘Oh, I’m going to make five intersections here and only one of them is going to get you out,’” Ferguson said.

Ferguson also loves to tell anyone who asks about the history of the farm.

“I do like the heritage that we share,” Ferguson said. “We’ve been here a long time and [we] struggle to keep it a farm.”

Wil Otto, 7, and his family come to Farm Haven every year as a family tradition and his favorite thing

was the corn maze.

“You can feed the cows and pet a donkey and you can go on a hay ride,” Wil said.

There also a hay tunnel in the barn that kids can crawl through.

“[Farm Haven] has a lot of good family activities and they have a lot of animals and you get to get really close to the animals,” Wil said.

Only a few miles down the road in Burlington, Kentucky is another family farm dedicated to sharing their heritage with others.

Amanda Kinman works the farm with her father.

The Kinman Farm has a 3-acre corn maze, petting zoo, carnival tent, a live band usually every weekend, concession stand and each person who gets a ticket for the hay ride gets a complimentary pie pumpkin, Kinman said.

The 150-acre farm is operational year round and is open usually from mid-September to the end of October for their fall festival, Kinman said.

The family grows and sells flowers in the spring, 12,000 tomatoes plants in the summer, then have the fall festival and sell pumpkins in the fall, and then Christmas trees in the winter. All the profit goes back into the farm.