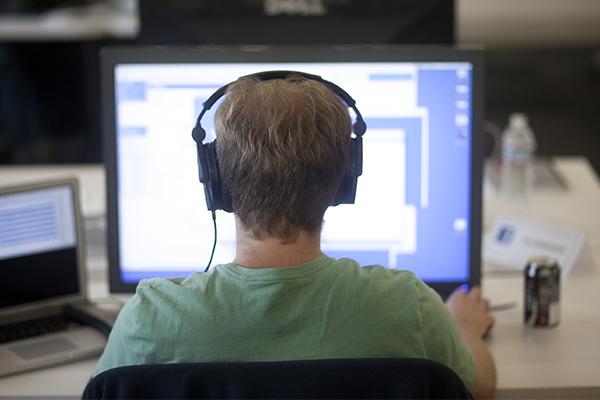 The 2012 Horton Cyber Crime Report said every second, 14 adults are the victims of cyber crimes.

“Hacking is any unauthorized access to an account,” said Chip Heath social media professor. “It could be as harmless as a friend on Facebook posting statuses as you because you left it open, [or] a foreign national accessing corporate or government accounts.”

Heath said hacking isn’t all about the information someone posts, it’s about the way that people use social media.

“If you share lots of joke postings and videos, you are far more susceptible to becoming compromised,” Heath said. “Obviously, you need to be careful with personal information.”

People also risk getting hacked when they install an app on Facebook.

“Every time you install an app on Facebook, you grant certain permissions, including access to your account or posting on your behalf,” Heath said. “So a rogue app could be hacking you.”

When it comes to hacking, there is also a term called “phishing.”

“Videos and other links can redirect you to a fake Facebook login screen, then collect your name and password,” Heath said.

There are many reasons why hacking is dangerous on Facebook. A lot of information gets shared on Facebook and a lot of it is personal to people. Some of this information includes personal photos, home address and a person who uses Facebook game credits could have their finances hacked, according to Heath.

NKU students have a variety of ways to keep their Facebook profiles safe.

Williams has not had a problem with being hacked online, and using a variety of passwords helps.

“I use different passwords for different sites, so if someone hacks one, they won’t be able to access all my accounts,” Williams said.

Senior marketing major Drew Hight makes sure that his passwords are unique so that nobody can figure them out.

Hight also makes sure that he logs out if he uses a public computer, so no one can hack his account.

“I stay in control of who can view my social networking profiles,” Hill said. “I protect my password well and change it every now and then.”

Briana Cresswell, senior communications major, was hacked a long time ago, but the problem was fixed early.

Heath also said people need to make sure that they watch out for “geotagging.”

According to the Oxford Dictionary, a geotag is “an electronic tag that assigns a geographical location to a photograph or video, a posting on a social media website, etc.”

Using the tips from these students will help people to become more aware of the information on their Facebook pages and know how to keep their account secure.

Info Box (Statistics according to the 2012 Norton Cyber Crime Report)