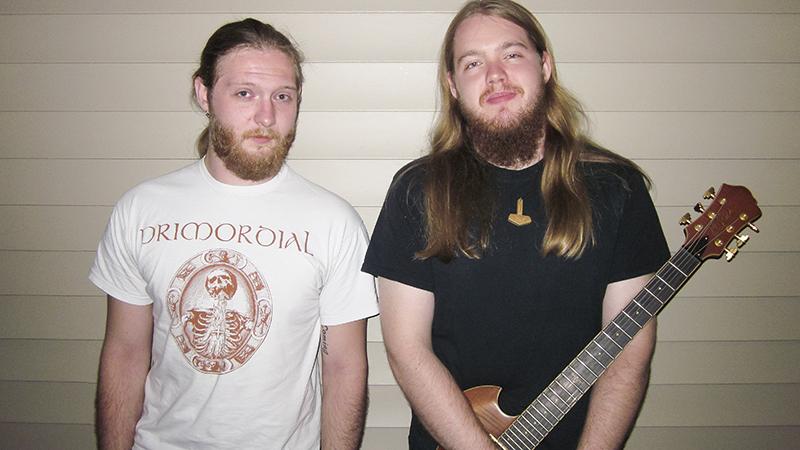 Winterhymn, a metal band founded by NKU students, has recently gone through some major changes since their formation in 2009.

“In a lot of ways, it felt like just starting a new band,” said Jared Compton, the band’s lead singer and guitarist.

Compton has been part of NKU’s electronic media and broadcasting program for several years now and started the band with a fellow student at NKU when he started.

The drummer left the band for personal reasons, and the bassist and second guitarist followed with him, Compton said, believing it would be easier to start a new band than find a new drummer.

The six-piece band was down to three members and, according to Compton, it wasn’t just the music roles that these people left behind.

The remaining three members faced a tough decision looking at the road ahead of them. They had to ask themselves if they were even able to find proper replacements for these crucial roles, Compton said. One friend of theirs from across the Atlantic was able to provide a potential solution to their dilemma.

David Spicer, a native of England and the brother-in-law of Winterhymn’s violinist, Kate Liebisch, was moving to Northern Kentucky at just the right time. Spicer had played in Winterhymn previously as a guest musician and was already well acquainted with the members of the band.

“We knew we wanted Dave from the start,” said Jenny Warner, Winterhymn’s keyboardist.

They wanted Spicer and he was more than ready to join.

“I was really excited to join the band,” Spicer said. “It was a happy accident.”

With a second guitarist in place, the search for the remaining members of the rhythm section raged on.

Shortly after auditions began, one musician came through with all the answers Warner said.

The drummer of another local metal act, “Schallkrieg,” tried out for an audition. He had sent the band a video of him performing one of Winterhymn’s songs on drums, and he didn’t come alone.

The bassist of Schallkrieg knew that Winterhymn had a vacancy and wanted to try out as well, Warner explained.

“It turned out to be a package deal,” Warner said.

After the two of them had a successful audition and started to gel with the band, Warner said Winterhymn was ready to forge ahead.

Now, after some rehearsing with the new members and anxiously awaiting the arrival of Spicer into the U.S., the new lineup of Winterhymn was complete.

“We already had some shows booked before Dave got over here,” Compton said.

With half the band being original members and the other half new, Winterhymn was back to playing shows and recording new material.

“I was surprised how well it worked out,” Warner said.

Now that Spicer has set up permanent residence in the area, he has the time to devote himself to his musical projects.

“I’m getting more of a sense of fulfillment,”  Spicer said. “It really keeps me on my toes, musically.”

Winterhymn is back in action, and their next show will be Nov. 25 in Columbus, OH, performing with Alestorm.