A peek into the past of an NKU professor 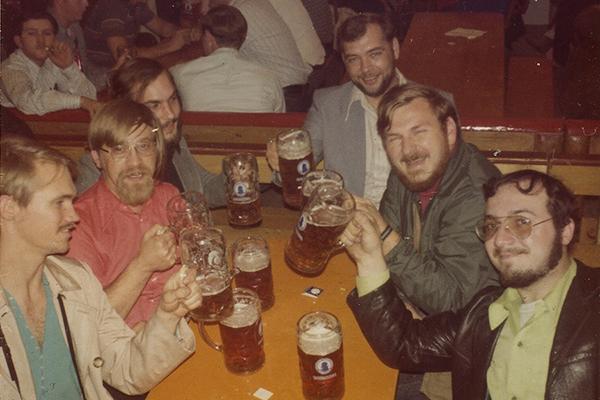 John Clarkin is an associate professor of entrepreneurship at NKU, but this wasn’t always what he intended on doing for a living. After high school, Clarkin went into the Navy and put his education on hold. There he learned his technical skills, as an engineer and technician. After six years, he felt it was time to go back to school and learn more about the business world. Clarkin finished his undergraduate degree of business administration at the University of Wisconsin, and received his MBA for finance and marketing at The Citadel, a military college in South Carolina. Clarkin was a manager at General Electric where he learned personal development, and became tech savvy. He then went back to school to learn more management skills, with plans of becoming a consultant for an entrepreneur firm. While finishing his masters, one of his professors influenced him to get his PHD, in entrepreneuring so that he could go on to teach. However after he finished his MBA at age 47, he thought he was too old to continue school. “I think I’m too old to get my PHD. That’s for young people,” he told his mentor. To which his mentor replied, “if I can do it you can do it.” His mentor advised him that Europeans were a little ahead with entrepreneur, so he headed to Scotland to earn his PHD. “Looking back on it now, professors can have a big influence on students,” Clarkin said. “He changed my whole career.” Clarkin liked the one-on-one teacher encounter and realized the impact teachers can make on students. “These skills [management,and entrepreneur] are so empowering, I can teach them anywhere,” Clarkin said. He taught at the University of Charleston, and also in Africa for a few years before making his way to NKU. Clarkin said he loves teaching the students here at NKU because he can relate to them. “I worked full time while I went to school like so many students here,” Clarkin said. “I have students here that have great work ethic, and are hungry to learn.” He still works off and on with consulting firms to keep up with the ever -changing society so he can bring those skills back to the classroom. As for how long he’ll be teaching for, he said, “as long as it’s still fulfilling.” If you are interested in taking a class with Clarkin, he teaches Principles of Entrepreneurship, Small Business Management, New Venture Financing, and in the spring he will be teaching a new Social Entrepreneur class.