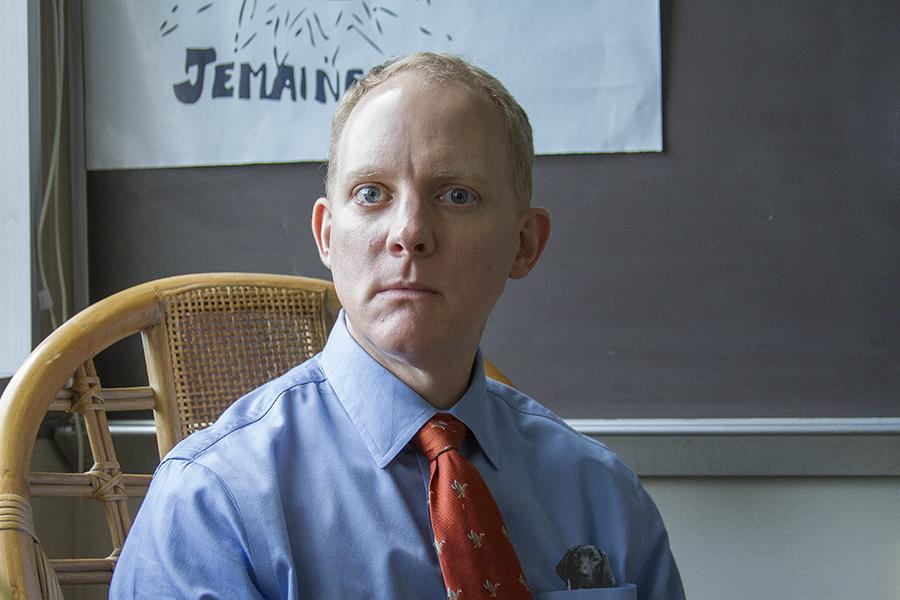 Dr. Michael Baranowski wrote his book, “Navigating the News: A Political Media User’s Guide” to give students and the general public a better understanding of the way the media covers politics.

Baranowski said he’s been seeing a change in the way his students consume media for years and even when people had good information, most people weren’t getting the whole story. He wanted to give people a better understanding of politics without having them “spend a ridiculous amount of time doing it.”

“Depending on the sort of media they consume it can have a huge effect on how they understand politics and how they see issues,” Baranowski said.

Jennifer Taylor, who graduated from NKU in 2012 with a double major in mathematics and political science, is a former student of Baranowski and said she really liked him as a professor because she could tell he was interested in what he was teaching.

“I was really interested in how policies were made and what they were based on,”
Taylor said. “And I got the sense that he really knew what he was talking about when it came to policy.”

Taylor said Baranowski approached her after she took a class with him and invited her to take an independent study on political news and media. One of the requirements for the independent study was to assist him with his book. She read a few books to get a general sense of the topic and then searched for examples from the media to explain what he was trying to include.

“Whether it was a blog, or a commercial, or an article in The New York Times, I would search for specific examples of something he was interested in,” Taylor said. “It was actually a way for me to apply what I had learned about politics in the news.”

Taylor not only helped with research, but also read through the book when it was in its draft stage along with another student, according to Baranowski.

“[They] gave me some perspective and ideas and pointers from a student point of view,” Baranowski said. “I think that was very valuable.”

Baranowski said one of the main messages of his book is that people need to look to a variety of different sources in order to get a “broader perspective on the world.”

“All human beings have certain preconceptions and reporters are human beings too,”
Baranowski explained. “Everyone has certain incentives that are going to shape how they report a story.”

Taylor, who is looking forward to reading the finished book, said she remembered from the draft that the book can help people overcome bias and give them a general idea about politics and how to be better media consumers as well.

“It gives [readers] ways to improve [their] perception of politics in the news,”
Taylor said. “It’s important to get your hands on as much information as you can and decide for yourself, rather than going based off what you hear and someone else’s opinion.”

Baranowski hopes readers of his book will be more skeptical of political media in the future and explained people are often convinced they understand how politics work but are often looking at a “limited part of a bigger picture.”

“It’s not so much that a lot of people are wrong, but that [the story is] incomplete,” Baranowski said.

Shamima Ahmed, political science, criminal justice and organizational leadership department chair said Baranowski was a good instructor and she appreciated how he tries to blend his teaching and research together, which may have helped with his book.

“He’s able to use his teaching experience to conduct research and vice versa,” Ahmed said.

Baranowski said he’d been wanting to do this project for about 10 years, and a few years ago, the university gave him a sabbatical which gave him the time he needed to work on it. Now he’s relieved more than anything else to have the book published.

“It’s so good to see a tangible result of my work,” Baranowski said.

The book was released on July 31 and is available on Amazon.com and the NKU Bookstore.