Student psychic plans to give back 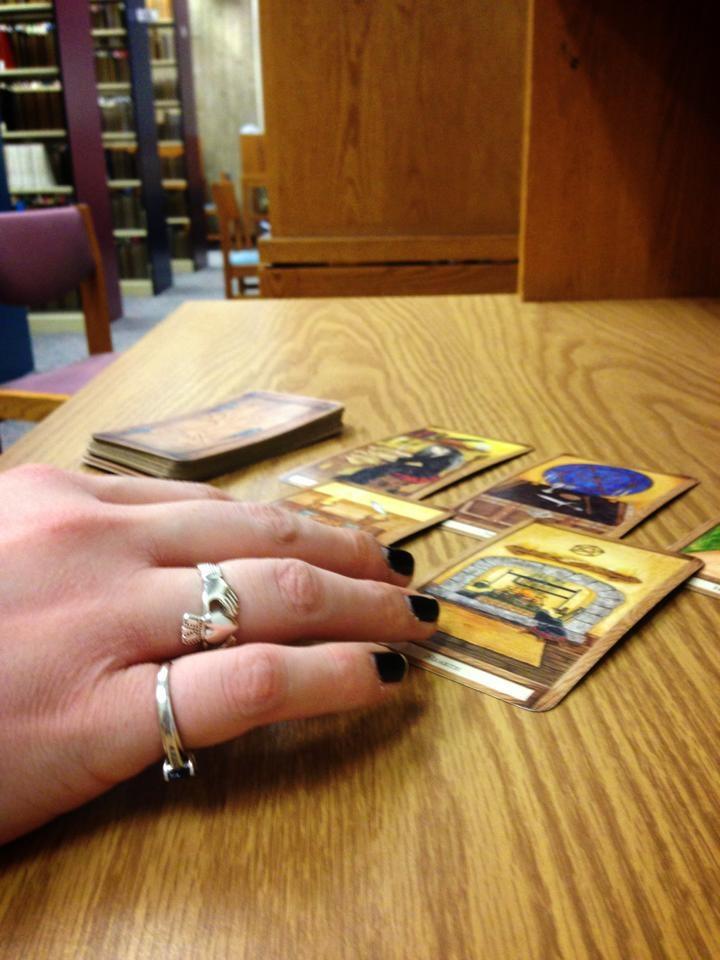 When it comes to psychic readings there is often controversy around the legitimacy of the power at hand. There also tends to be the questioning of ethical values and if psychics cross the boundary of faith.

Northern Kentucky University sophomore and social work major Alex Meadows walks through campus as one of the most unmentioned minorities.

Meadows said she is a psychic and follows the beliefs of a Wiccan, a religious form that was developed in the 1950s.

According to Meadows, the view on theology is varied for most Wiccans. They do not believe in a universally agreed upon figure, but instead follow a “Triple Goddess” associated with the moon, stars and fate, and a “Horned God” associated with forests, animals and the realm beyond death.

“When people think of Wiccan beliefs, they tend to automatically relate it to worshipping Satan,” Meadows said. “They usually picture a group of people dancing naked around a fire sacrificing animals, but that is far from reality.”

Meadows said she first began to discover she had psychic abilities when she was young, around her middle school years. It was at this time that she “felt a pull towards discovery.” She said this ability is something that has been hereditary for the women of her family, dating back to her great grandmother.

The women in her family tend to have dreams, “that’s where it all begins.”

Meadows would also have sensations of “bad feelings” that would get very overwhelming. These feelings would cause her “entire body to feel hollow.” Crying and body trembles would also follow, forcing her to fight them until the feeling ended. Gradually, she learned how to control these moments.

“Being psychic is like a muscle,” Meadows said. “You have to practice to strengthen it.”

Meadows started practicing her abilities with the use of tarot cards.

According to Meadows, when it comes to tarot cards, it is necessary to find a deck with symbols that match up with the person who chose them. She admitted that it took her nearly three years to find the deck that was right for her.

Before giving a reading, she places her deck of cards into the hands of the person who she will read. She said that this allows their energy to be placed into the cards, which leads her to feel their energy and then read their emotions.

Meadows said her abilities can go as far as extra-sensory perception, also known as psychometry. She said this means that she has the ability to feel someone’s emotions by touching them. The first 100 times that Meadows performed this act, she said that people would begin to cry.

“This type of reading allows me to see images of their pasts and feel their emotions,” Meadows said.

While studying social work at NKU, Meadows looks forward to using her abilities for good will. She has hopes of working with organizations that support and tend to lesbian, gay, bisexual, and transgendered (LGBT) teenagers who find themselves homeless, abused, and neglected.

She plans to work through religious organizations, in hopes “to see an enter path upon all religions.”

According to Meadows, the Horned God referred to as Cernunnos, has darker features but is meant to represent and embody nature, wilderness, sexuality, hunting and the life cycle.

She said the Gods are real, not as persons, but as vehicles of power. Instead, they are the representation of a particular type of cosmic power in the form of a God or Goddess, carried out by believers.

The Goddess and the God may be regarded as the Divine Feminine and the Divine Masculine. They are complementary opposites or dualities, bearing similarities to the concept of yin and yang in Taoism. The God and Goddess are generally seen as lovers and equals, the Divine Couple who together co-create the cosmos.

Belief in the afterlife varies among Wiccans, according to Meadows. Reincarnation is a traditional Wiccan teaching. It is believed that a human’s soul reincarnates into the same species over many lives in order to learn lessons and advance spiritually.

Despite some belief, Wicca does not place an emphasis on the afterlife, focusing instead on the current one.

“If one makes the most of the present life, in all respects, then the next life is more or less certainly going to benefit from the process, and so one may as well concentrate on the present,” Meadows said.

Wiccans see magic as the science and art of causing change to occur in conformity with will and the control of the secret forces of nature, according to Meadows.

Meadows said magic is meant to be a law of nature, but is often misunderstood or disregarded by contemporary science and is seen as something meant for harm of others.

“You never use magic to harm yourself or to harm others,” Meadows said. “Most spells are for protection of friends and family, and for healing purposes, both physical and spiritual.”

Wiccans firmly believe in “bad karma,” meaning that if they use their abilities for harm they will come back around and hit them 10 times over.

Meadows said people are often afraid of the presence of magic, believing it to be of evil and that “magic is nature, not supernatural.”

She said although images of witches brewing potions with human eyeballs and fingertips sweep the minds of skeptics, those are not the case.

Although Meadows may be one of the few of this minority roaming campus, she said it has only helped her on her path.

When she first moved on campus, Meadows made friends by offering readings. It became a way for her to “break the ice” and establish friendships, many of which she still carries today.

Meadows spirituality plays an important role in her everyday life.

“It’s not something that can just be turned on and off,” and she said she wouldn’t have it any other way.