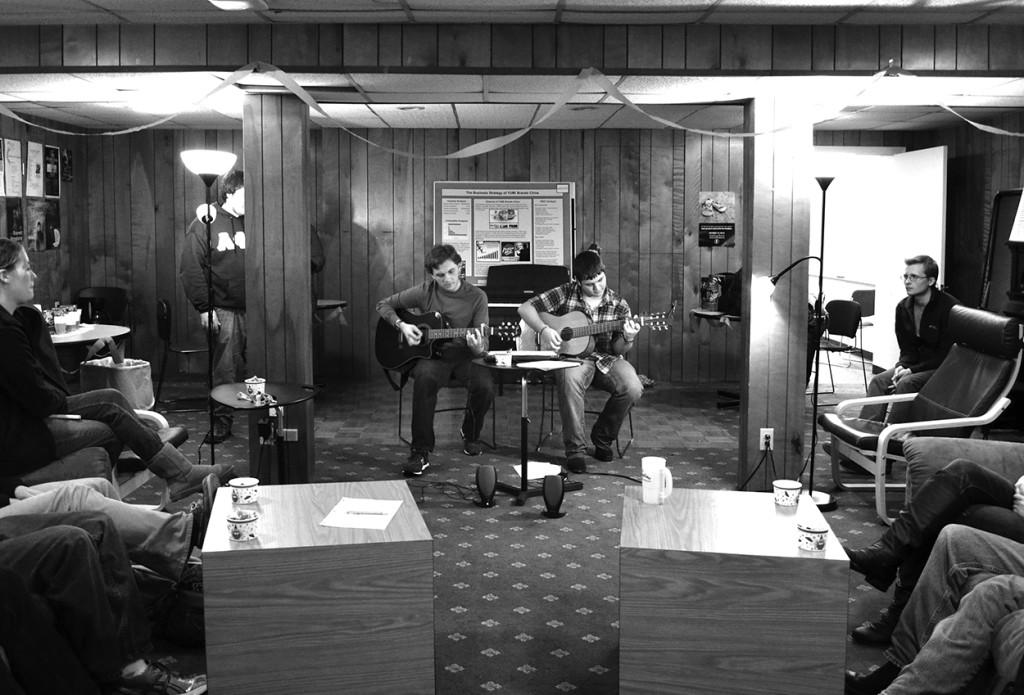 Keeping with tradition, the Northern Kentcuky University Honors program held their monthly social Nov. 12. Just in time for the holiday season, they hosted a Thanksgiving Coffeehouse complete with refreshments, snacks and an open mic for any students interested in sharing their work or performing a talent.

“Mostly, it’s just to hang out and socialize, and just start your week in a fun way,” von Lehman said. “It is a lot of work, delegating and trying to figure out who is doing what. That gets kind of stressful, but it’s so much fun seeing it all come together and seeing a ton of people show up, and actually having fun. That’s the main goal.”

With a tea tasting, coffee, hot chocolate, various treats and an open mic all available to enjoy, approximately forty students showed up for the highly anticipated evening, according to von Lehman.
To add to the special occasion and make sure the season of giving stayed true to its name, the Honors department also accepted donations for multiple charities.

“We’re accepting donations for the Yellow Ribbon Support Center, which would be anything nonperishable, but also personal care items,” von Lehman said. “Any donation someone wanted to bring, we can find a use for anything. There are so many different collections going on at NKU right now.”

In addition to collecting items for soldiers through the Yellow Ribbon Support Center, donations for Soles4Souls are also being accepted, which is a Nashville-based charity that collects and distributes shoes to those in need around the world.

Thanks to those in attendance, the Honors department collected Pop-Tarts, peanut butter, notebooks, baby wipes, crackers and more for the soldiers, as well as six pairs of shoes for Soles4Souls.
If anyone is interested in donating items, or sending a thank you card to soldiers, please contact Mary von Lehman at vonlehmanm2@nku.edu.