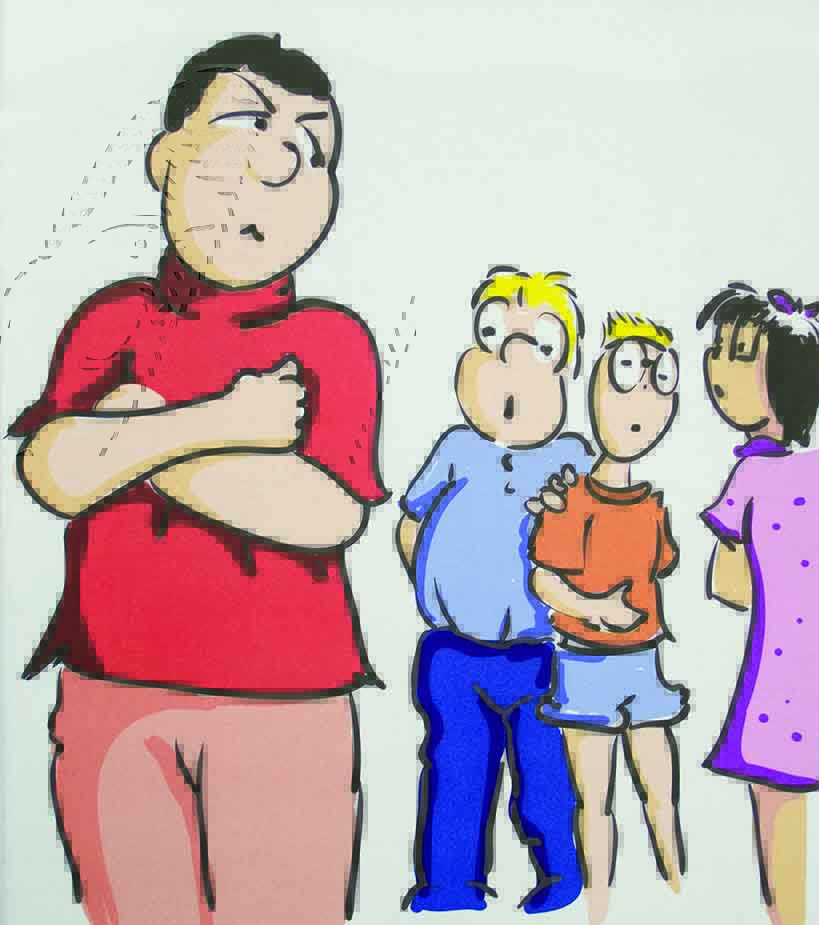 After graduating, Dennis Charlton began his business career and made use of his business administration degree. While pursuing business, he wrote a draft for a children’s book a few years ago and set it down, only to pick it back up again last year when his business career came to a temporary stop because of a surgery that inhibited him from traveling.

“Twigs and the Bully” is a children’s book that was published in August 2011. It’s focused on age groups four to nine and its message is bullying and how it can begin at such a young age.
“I actually got the idea and desire to write children’s books and one in particular on bullying because I am a father, grandfather and have experience working with young children,” Charlton said.
Over the years, bullying has become prevalent in our society. According to www.bullyingstastics.org, over 56 percent of all students have witnessed a bullying crime take place while at school, while 71 percent report it as an on-going problem.

“The inspiration for bullying is because I’ve been to children’s parks all over the city of Cincinnati and witnessed bullying going on with children as young as five and six years old,” Charlton said. “I see it as a problem that needs to be corrected at home at an early age.”

Charlton has gotten heavy reactions from the book. President Obama sent him an email thanking him for the message. Locally, the Urban League of Cincinnati has been using the book in their program since last Christmas.

“Area children come in for the week they are out of school before Christmas and we have books and authors come in and read to the children,” Jenny Laster, special assistant to the president of the league, said.

Bullying now starts in preschool and carries on through high school; the concept and message of the book is really important, according to Laster.
“It thrilled me that someone has decided to address the issue in a way that children can relate, the ‘ah-ha’ light goes on for them,” Laster said.

Charlton never had a bullying problem in school, but he said that every time he picked up a newspaper or was watching television there was a story on bullying with a tragic end to it. According to Charlton, he is trying to make a difference and believes that bullying can be corrected through positive steps instead of physical violence.

The last few pages of Charlton’s book have a series of questions that can help bring out a problem if a child is being bullied. He put them there because “often a kid may be bullied at school, but they will internalize it instead of telling anyone.”

“This was the first children’s book I’ve written,” Charlton said. “It is one of a series of books I will write. I just finished the second one and it is ready to be illustrated. Hopefully they all have a positive life lesson.”

Charlton hopes it’s made a difference already. He was interviewed by ABC, the Cincinnati Enquirer and an international organization, www.bullying.org, that has his book on the helpful resources list.
“I hope parents and caregivers will read it to their children and the message in the book will make a difference,” Charlton said. “I hope it will bring out problems that they weren’t aware of and educate children that bullying is such a bad thing that goes on and makes people miserable, no child should have to encounter that.”
According to Laster, the book will help parents talk it through with children that are bullied, the bully or just a bystander. The book serves all three of those groups for her and she believes that the book will help children realize bullying is an offensive behavior.